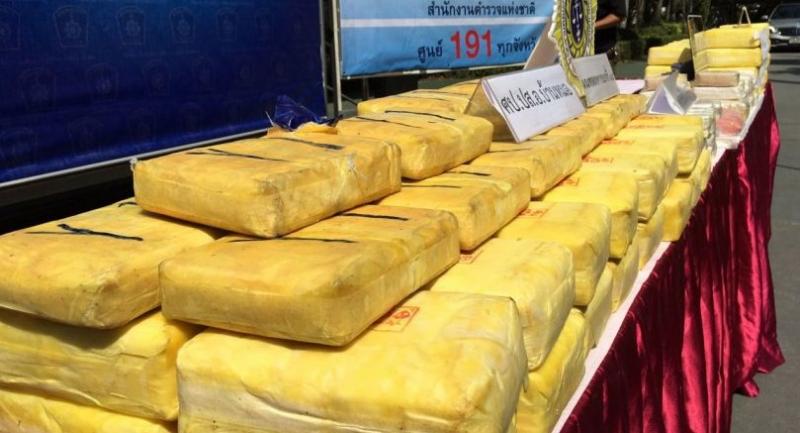 Three male suspects were arrested and 1,214,000 meth pills were seized in raids on two houses in tambon Bang Khamod in Saraburi's Ban Mor district on Wednesday. Ban Mor precinct superintendent Pol Colonel Chalee Dechsiri said that police arrested Thawat for a drug abuse charge at a house in Bang Khamod (Moo 8). When Narin arrived at the house on a motorcycle he was found to be carrying 100 meth pills.

Narin led police to the house of alleged drug supplier Nipat. Nipat was arrested along with the drugs found in his bedroom, Chalee said. Police found that a Thai man, identified as Thongchai Paninthorn, who lived in other country, had in February ordered Nipat to collect 2.2 million meth pills and store the batch at Nipat's home pending distribution.

Nipat reportedly confessed to collecting and storing drugs on Thongchai's behalf on four previous occasions amounting to a total of 5.8 million meth pills.

Narin reportedly confessed to police that he had made several drug deliveries as per Thongchai's orders and got paid at Bt50,000.

Thawat was charged with drug abuse, while Narin and Nipat were charged with having meth pills in their possession for sale.