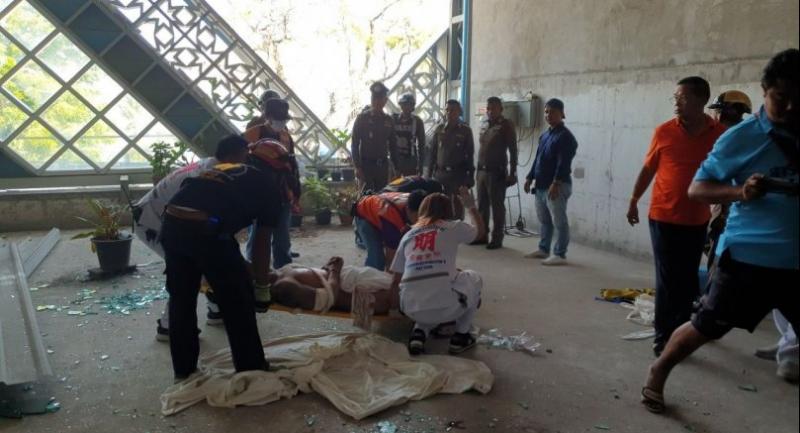 An unidentified western tourist destroyed items inside a Pattaya hotel toilet early on Thursday before he injured three policemen who tried to arrest him.

The tourist was badly injured later when he fell from the second floor of the hotel as he tried to escape through a window of the hotel in South Pattaya.

Since the tourist was too injured to be interrogated, police could not identify him.

Pattaya police were alerted at 10am that a tourist was destroying property inside a restroom on the second floor of the hotel.

When police approached him, he threw items at them and threatened to hit them with a stick. He then locked the toilet room door.

Police broke open the door to arrest him but could not overpower the man and he ran to the other side of the second floor and broke open a window. He tried to climb out to escape but fell to the ground.

He was taken to Bang Lamung Hospital under police watch.

Staff of the hotel said they did not know the tourist. They said he simply walked into the hotel and went to the toilet room before he started shouting and damaging things inside.