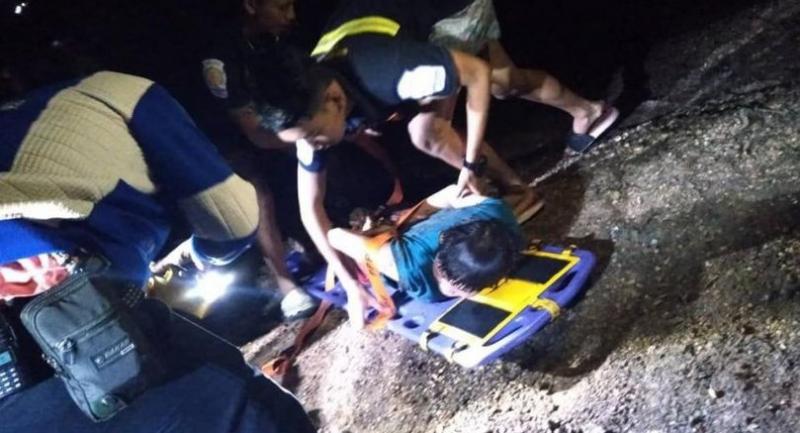 Police have reported that a drunken woman walked straight into a lagoon in Rassada on Wednesday night. Rescue workers helped to bring her back to shore before she drowned. She was apparently talking about wanting to see a mythical creature.

Kusoldharm rescue workers were notified at 10.30pm that someone had walked into the lagoon in Soi Paneang in Rassada.

Rescue workers arrived at the 10-rai lagoon. It took them 10 minutes to find the woman, thought to be I her 30s, and bring her back to the shore. The woman was drunken, choking and distressed.

She reportedly told police that she wanted to see the King of Naga, a half-human, half-cobra mythical creature.

She was taken to Vachira Phuket Hospital for observation.