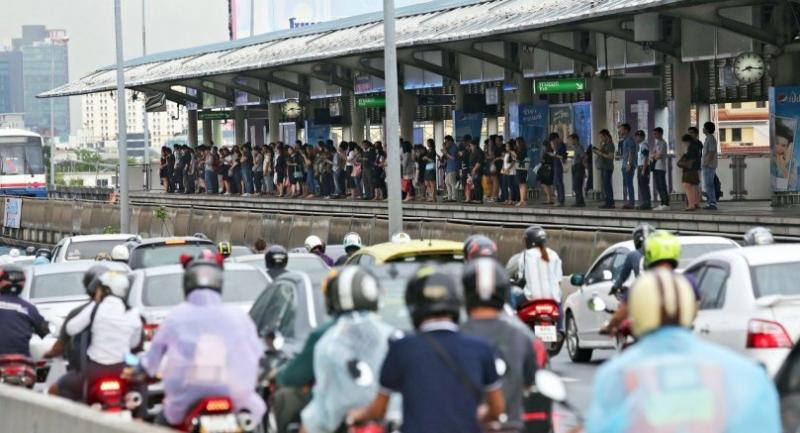 By PUANGCHOMPOO PRASERT
THE NATION Participants at yesterday’s seminar “Joining forces to change sick cities” at Bangkok’s Chamchuri Square broadly agreed that two key components for the success of the campaign were the participation of all parties involved and the decentralisation of power so that cities can be improved more quickly and effectively.

The city of Nakhon Sawan was praised as a good model, but the mayor of its Muang district, Jitthakasem Nirojthanarat, pointed out that its success hadn’t come easily.

He said measures had been implemented to turn what had been a “sick” city with constant flooding into a “green city” with clean air and plenty of open spaces for exercise and healthy leisure activities.

The measures included turning a 265-rai property into a park called Uthayan Sawan and erecting flood-prevention barriers. Tap water was brought up to Health Department standards, a 36,000-cubic-metre wastewater treatment pond was built and a 266-rai rubbish dump created for sanitary disposal.

“The shift required the cooperation of all stakeholders including residents and private businesses so they could have input, while state agencies acted in supporting roles and solved issues as they arose,” Jitthakasem said. “If state agencies had forced people to act without their participation, there would have been no success.” Health Assembly 2018-2019 deputy chairperswon Paranee Swasdirak identified three factors that determine the health of a city and its residents.

People’s daily habits are crucial. Stress, for example, drives people to take up smoking and drinking alcohol. Equally harmful is a sedentary lifestyle without exercise or knowledge about good health.

Second were economic and social factors such as industry, construction, waste management, water pollution and dust from traffic jams.

Third were man-made or natural environmental factors, such as outdoor burning, suitable housing and green space.

“People in many big Thai cities are sick and worried because city planners place economic gain above health and the environment,” said Paranee. “So the national strategy for smart cities must not just focus on construction but also consider health and implement measures to encourage the private sector to attach importance to health-supportive environmental arrangements.

“There should also be tax incentives for the private sector that support healthy living, not just a tax imposed on polluters.” Thai Real Estate Association president Pornnarit Chuanchaisit said urban areas were expanding at a rapid pace and city development couldn’t be left solely up to the public sector when state agencies faced budget limitations. The private sector and businesspeople thus need to do their bit too, he said.

Urban Design and Development Centre director Niramon Kulsrisombat said a key characteristic of a healthy city’s was that people are able to easily and comfortably walk around.

She pointed out that Paris had invested heavily to allow people to easily move around without private vehicles. The pavements are pedestrian-friendly and there are more than 2,000 places available to park up to 20,000 bicycles.

“In Bangkok on the other hand 90 per cent of the roads belong to cars and just 10 per cent is left for footpaths,” she said. She urged the Bangkok Metropolitan Administration to decentralise power to each of its 50 districts so they could introduce measures that suit their needs.

“You can tell [a lot] about people’s lives by where they live – unhealthy living conditions can lead to illness and stress ... people have to express their expectations for healthy environments because, if you keep quiet, problems will remain unsolved,” she said.