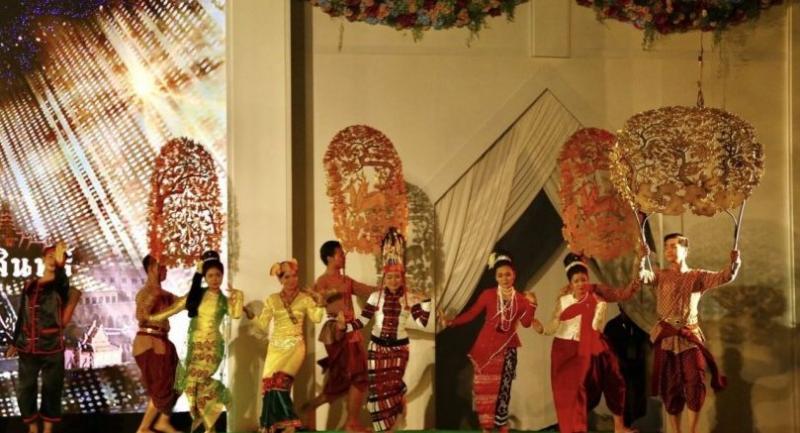 Asean Ethnic Festival kicks off on Friday at the National Museum. Photo courtesy of Culture Ministry Asean Cultural Year continues through the weekend in Bangkok with the colourful Asean Ethnic Festival. Amid lively traditional dances, eye-popping costumes and cheery camaraderie, there’ll also be time for serious discussion about the issues hampering the lives of Southeast Asia’s ethnic minorities.

Activists and anthropologists are pressing leaders of the Association of Southeast Asian Nations to address concerns at their upcoming Asean Summit and do more to promote diversity, sustainable development and ethnic tourism.

The interest is there, with Thailand in the driver’s seat as this year’s chair of the regional bloc. There has been considerable talk about tapping Southeast Asia’s astonishing cultural diversity as a tourism draw and about developing a unified “creative industry” spanning all 10 countries.

“The festival might inspire people to explore ethnic culture more by travelling to visit the villages where the performers and craftspeople live. But what’s most important is developing a respect for ethnic wisdom.”

Surapong, a former head of a Lawyers Council of Thailand committee on displaced Thais, pointed out that the Asean ideal is to eliminate the trade and travel barriers that separate the member-nations so that people across the region can share in the same benefits, from technological progress to human rights.

And that, he said, should extend to ethnic people as well.

The festival, hosted by the Culture Ministry, brings together more than 100 ethnic performers to dance at the National Museum near Thammasat University and at the Asean Cultural Centre on Ratchadamri Klang Avenue near the Democracy Monument. The festival opened on Friday at the museum with dancers from eight Asean countries – Brunei and Singapore sat that one out – as well as from India and China taking turns on the stage.

Not surprisingly, some of the most vivid dancing originates from Myanmar, a mosaic of diversity in itself with eight different races represented in the population and around 140 different ethnic groups.

Aye Sandar Aung from the National University of Arts and Culture Mandalay told The Nation Weekend that every one of those ethnic minorities has its own unique culture and costumes.

“We hope to share something of their way of living through the dances,” she said. “I believe that respectful understanding of other people’s cultures can help bring peace to our region.”

The dances from Cambodia and Laos reflected those nations’ reliance on agriculture, a characteristic they share with Thailand. The choreography was inspired by harvest rituals and depicted simpler ways of life, always in harmony with nature. Pok Sarann of Cambodia’s Ministry of Culture of Fine Arts echoed Aung’s sentiments, calling cultural performances an “important tool for conveying the message of peace and helping people understand each other”.

Also on the schedule are a knowledge exchange among the dancers and culture experts from across Asean and India and China, and a discussion about enhancing cooperation for more such exchanges in the near future.

As beautiful as the costumes and dances are, there is a host of problems afflicting ethnic Southeast Asians, many of whose families have led unprivileged lives for generations with no hope of improvement.

Activists are prodding the Thai government to get Asean acting on these chronic social issues.

“Thailand has over 70 ethnic groups, all of which have their own forms of valuable wisdom, and yet their ways of life are in danger,” said Wittawat Tepsong, vice president of the Ethnic Council of Thailand, which has 200 members from dozens of minority groups.

“More than 400,000 out of 10 million ethnic people living in the Kingdom are ‘stateless’, which means they have no access to humanitarian aid, education, healthcare or other kinds of welfare.”

“Moken culture is in danger,” said activist Maitree Jongkraijug, referring to the people of the Thai South sometimes clumsily identified as “sea gypsies”.

“The government should do more to protect the diversity of ethnic races and cultures,” added the founder of the Chumchon Thai Foundation, which works with 14,000 Moken, Moklen and Urak Lawoi people in Ranong, Phang-nga, Phuket, Satun and Krabi.

“Asean should establish more ethnic-tourism corridors to allow visitors to understand our culture and ways of life as well as generate income for ethnic people,” Maitree said.

Associate Professor Damrongphon Inchan, head of anthropology at Silpakorn University, suggested that people adopt the “native point of view” when learning about ethnic culture rather than peering in as outsiders.

The government should select ethnic-study models for the sustainable development of diversity, possibly with study centres established in Ratchaburi’s Mahachai district, home to many Myanmar and Mon people, and in Tak’s Mae Sod district, with its abundance of hilltribes.

The Karen of the North are among the largest ethnic minorities, with a population above 500,000. With those numbers, they also enjoy the highest level of cultural protection. The Culture Ministry in 2013 formally recognised the traditional Karen method of rotational farming as a form of national intangible heritage.

“We’re trying to push the ministry to propose the farming technique to Unesco so that the wisdom can be more easily sustained,” said Surapong.

“We’re also pushing the government to declare August 6 the National Day of Ethnic People, coinciding with the International Day of World Indigenous Peoples.”