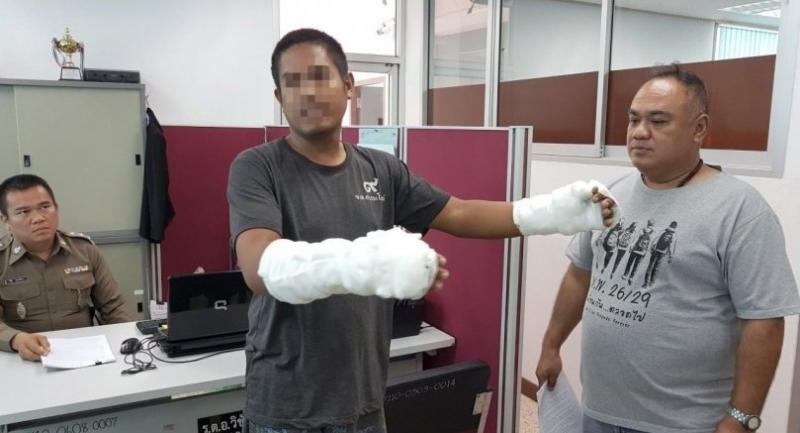 A man from Phitsanulok province has given himself up to face charges of attempted murder after his wife, and mother of their three children, ended up in ICU after he set fire to her body and face.

He claims he set fire to her accidentally when they were having an argument over a present she received from another man. His mother is backing him up.

Watchara “Boy” Kluinak, 33, and his wife Aritsa “Naen” Panprasert, 27, began arguing outside their house in Muang district over her wearing a shirt that had been given to her by another man.

Watchara said he grabbed a bottle of petrol and lit a cigarette lighter, but in a scuffle with his wife, the petrol spilled onto the lit lighter and set fire to both his hands. At the same time, some petrol splashed on his wife, who went up in flames, he said.

Reporters located his mother Chawala, who insisted that posts on social media claiming her son had set fire to his wife were nonsense and backed her son’s version of the event to the letter.