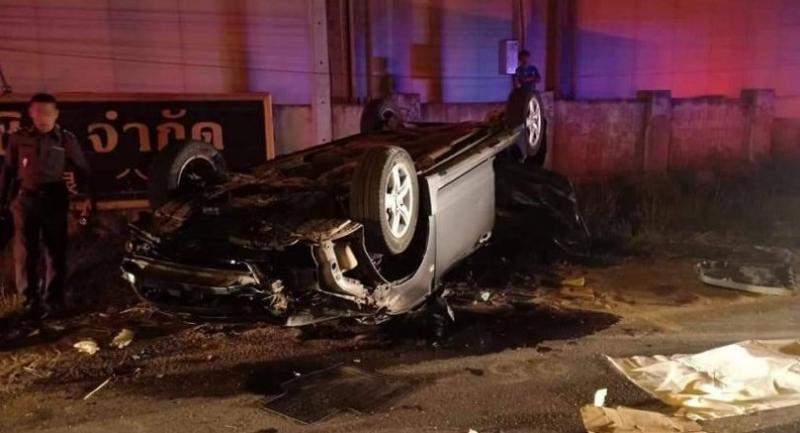 Three people were killed and three others injured when their car hit a power pole on a road in Chiang Mai's Doi Lor district early on Saturday.

The accident happened on the Chiang Mai-Hod road.

The overturned after it hit the pole and rescuers from the Putthasawan Nopparat Foundation had to use iron cutters to remove victims from the vehicle.

Police have yet to determine the cause of the accident.