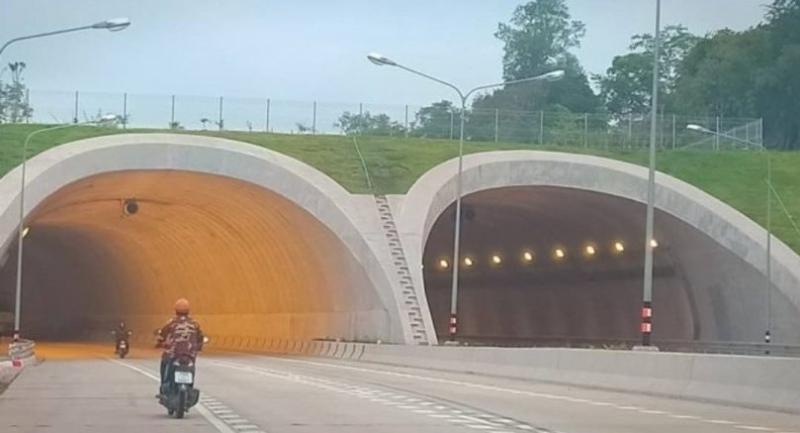 The first man-made animal crossing linking two national parks over a highway in Prachin Buri was inaugurated on Saturday in an effort to prevent more animals from the two parks being killed.

The crossing was built over highway No 304 that cuts through the edge of the Thap Lan National Park and Khao Yai National Park.

The crossing covers from kilometre markers 191 to 195.

Land was filled over the concrete highway tunnel and grass was planted to turn the crossing into a shallow grass hill for wild animals to walk between the two parks. Fences were also built to prevent the wild animals from straying onto the road.

Before the inauguration, officials noticed footprints of many wild animals on the crossing so they believe the project is a success.

The inauguration was chaired on Saturday morning by Transport Minister Arkhom Termpittayapaisith.