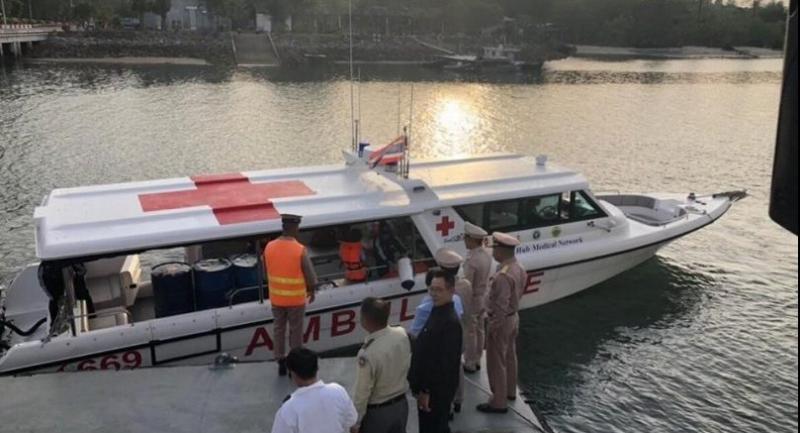 A fully-equipped medical boat on standby for traveller emergencies in the Similan and Surin islands has already saved seven lives during the current tourist season.

Public Health Region 11 inspector-general Dr Pitakpol Boonyamalik said on Sunday the vessel and service were maintained by the Phang Nga Public Health Office and the Royal Thai Navy’s Third Naval Base, assisted by other agencies.

Phang Nga Governor Siripat Patkul presided at the March 6 launch of the boat’s latest mission, carrying supplies for health officials on the islands. There are three levels to the service, he said.

Level 2 entails an effective system for reporting incidents, with a command base linked to the southern regional centre. The tourist season in Phang Nga runs from October through May, with high season from December to April.

The medical boat this season has handled 30 injured tourists, seven of whom were in critical condition.