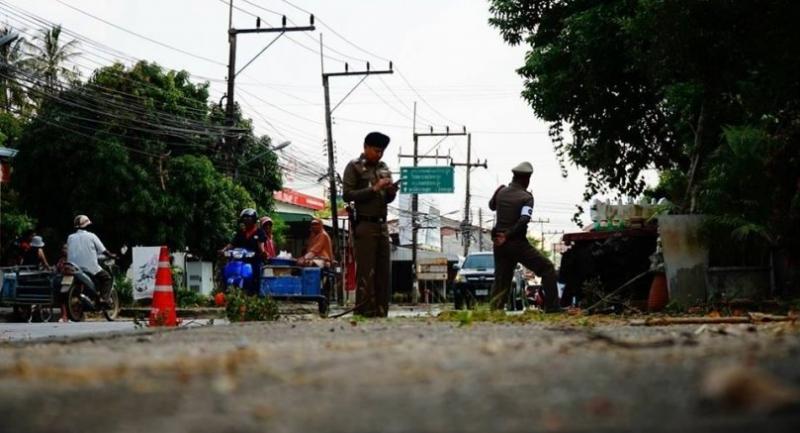 Numerous small bombs exploded in the provinces of Satun and Phatthalung between Saturday evening and Sunday morning, although there were no reports of any casualties.

There was slight damage to property at each of the bomb sites.

National Police chief Pol General Chakthip Chaijinda has ordered officers to investigate the case and make swift arrests of the suspects and to beef up security at key sites. Police have been ordered to search vehicles on main and secondary roads in the provinces, deputy National Police spokesman Colonel Krissana Pattanacharoen said on Sunday.

Police also asked the public to watch out for suspicious items or persons and alert police, Krissana said.

There were the 10th and the 11th small bomb explosions in Pak Payoon later on Sunday. The 10th bombing was at 10am outside a plant-selling shop but yielded no injury while the 11th bombing took place at 2.35pm at an abandon house near the Pak Payoon Police Station, while officers were waiting for Fourth Army Region chief Lt-General Pornsak Pulsawat to join the police meeting about the earlier bombing. The 11th bomb whose damaging radius was 100 metres was said to be a time bomb.

Police checking CCTV footage found that most of the nine explosions took place around 4am to 4.30am, when two suspects on a motorcycle were spotted circling several spots.

In Mueang Satun, police on Sunday morning inspected the scene where two small bombs went off just outside a grocery shop in Moo 6 of tambon Khlong Khud at 4.20am and 5.10am. Earlier, the Mueang Satun Police Station fence and some glass windows were shattered when a small bomb hidden in rubbish bin exploded at 10.30pm on Saturday; another small bomb went off 5 minutes later at a car park 20 metres away from the first blast site.

District chief Kongsakul said that such explosions, believed to be pipe bombs, in his jurisdiction were likely intended as a threat instead of being intended to kill or harm anyone.