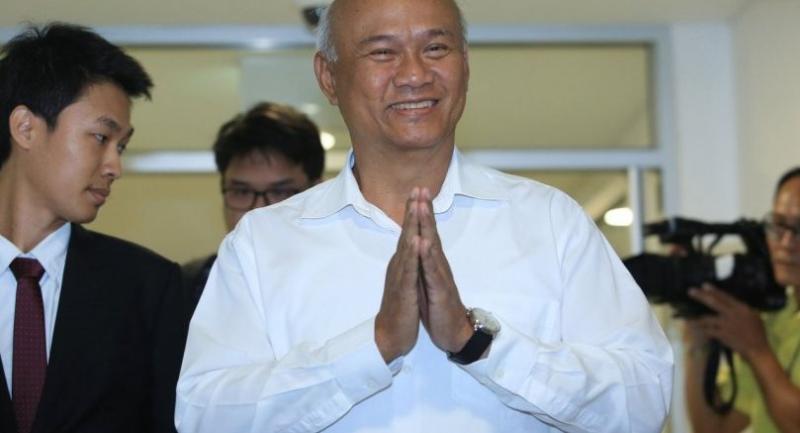 A deputy leader of Future Forward Party on Monday met with police to acknowledge a charge against him for allegedly violating the Computer Crime Act by sharing a photo that was later found to be fake.

Lt General Pongsakorn Rodchompoo had earlier admitted sharing an article and photo that falsely accused Deputy Prime Minister Prawit Wongsuwan of buying cups of coffee for Bt12,000. He claimed he deleted the post within minutes after realising that it had originated from a website promoting fake news.

Pongsakorn said he was reporting for the first summons by police, and had not fled as had been reported by some outlets. He stressed that he shared the story as he believed it was real after seeing the logo of a mainstream news outlet on it.

Three minutes later somebody warned him that it could be fake. He deleted the post and issued an apology on his Facebook page.

In those three minutes between posting and deleting, somebody had captured the message and reported it to police..

“I believe it is politically motivated,” he said. His party has Thanathorn Juengrungruangkit as leader and the sole candidate for the premiership in the March 24 national poll. Thanathorn has been popular among younger generations, but more controversial among some other voters.