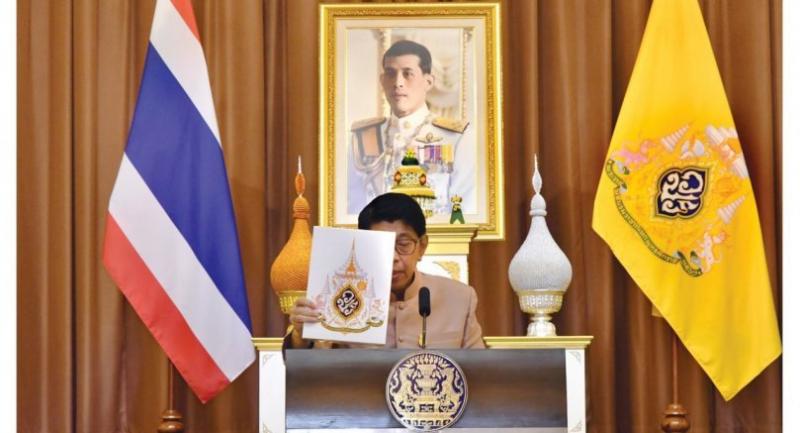 People around Thailand are being invited to set worshipping tables and decorate their homes with a new royal emblem that has been created specially for the coronation in May. His Majesty King Maha Vajiralongkorn has created the new design himself and approved it for public use ahead of the three-day event from May 4-6.

Deputy Prime Minister Wissanu Krea-ngam on Monday showed off the new emblem along with guidelines on how it should be used and displayed from April and until May 4. Recommended places include coronation-related publications, decorative flags/arches and worship tables. His Majesty the King, 66, is the only son of the late King Bhumibol Adulyadej and Her Majesty Queen Sirikit.

In 1972, at the age of 20, he was made crown prince by his father. A year’s mourning following the passing of King Rama IX resulted in a postponement of the coronation, although the current monarch’s reign officially began on October 13, 2016, upon his father’s departure.