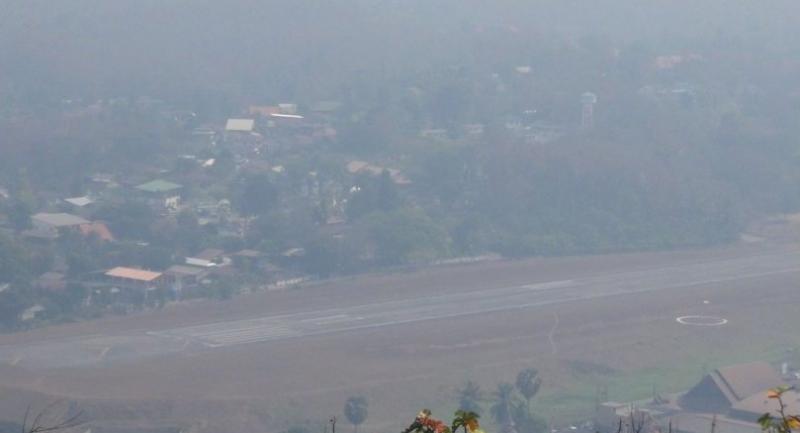 In the face of a worsening smog crisis, Bangkok Airways has cancelled its flights to and from Mae Hong Son province since Monday.

The visibility at the Mae Hong Son Airport has reportedly declined to just 2,000 metres, far below the 6,000-metres required by Bangkok Airways’ aircraft for the route.

The smog problem in Mae Hong Son stems partly from agriculture fires, which were lit to clear land for farming purposes.

These fires continue raging despite the province having imposed a total ban on outdoor fires between March 1 and April 30.

At present, 31 hotspots have been detected in Mae Hong Son.