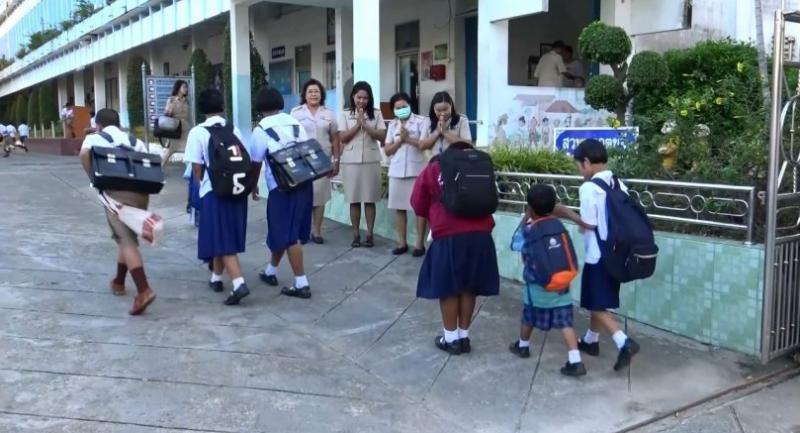 THE NATIONAL Education Bill – which was drafted in the hope of bringing better changes to the Kingdom’s educational sector, is far too flawed to sail through, a prominent educator said.

“I believe this bill will not be implemented as law, as it has too many flaws,” Chulalongkorn University’s lecturer Asst Professor Athapol Anunthavorasakul said the other day.

He was speaking after the Council of State cleared the bill, and members of the public were given until last Tuesday to express their opinions on the draft via www.krisdika.go.th.

“More importantly, this bill did not receive much support from education officials and educators,” he pointed out. Some key highlights of the bill are:

* The Office of the Education Council transforming into a policy board;

*Educational institutions being given greater independence in handling their own human resources, as well as managing and using their funds without needing to return leftover budget to the state;

* Teachers being granted academic ranks based on their students’ development; and

*School directors being renamed headmasters or headmistresses regardless of the school’s size.

“When officials are unhappy with a policy, they just stay idle. They don’t fight. Instead, they just wait for the political-office holder’s tenure to end,” Athapol said.

The days of the National Council for Peace and Order and National Legislative Assembly are numbered as Thailand is going to hold general elections on March 24, after which the country will get a Parliament in place of the assembly. Athapol said the bill also does not clarify how teachers and educational personnel will gain higher academic ranks.

“It will also involve restructuring and the transfer of officials. On top of this, the new bill will give the super-board immense power. Also that board will mostly be made up of permanent government officials, which will not represent other stakeholders in the educational sector,” he said.

He also wondered whether the Institute for the Promotion of Teaching Science and Technology (IPST) will be up to the task of redesigning the curriculum.

“IPST has extensive experience in science and technology. It grooms whiz kids for the Olympics Academic Committee. But what are about other academic fields?” he asked.

Athapol said teachers will also be worried about the changes the bill will bring to their schools if it does turn into law.

“If schools become more independent, will management be really transparent?” he asked.

Recently, several groups of teachers have spoken up against the bill, among them school directors who do not wish to be dubbed “headmasters/headmistresses”. They are also upset that their teaching licences will be called “teaching certificates”. Dr Jiruth Sriratanaban, who chairs a panel drafting the National Education Bill, said school directors’ duties will not change no matter what their post is called.

“In essence, they will still remain school leaders or administrators,” he said.

Jiruth also insisted that calling teaching licences “certificates” will not affect the prestige of the teaching profession.

In defence of the National Education Bill, Jiruth said it will definitely improve the quality of education and solve many problems in the sector.

“The bill will put educational institutions at the heart of educational reform,” he added. “When it becomes law, we will be able to attract more talent to the teaching profession and improve resource efficiency in the sector.”

As for students, he said, the bill – if legislated – will no longer require them to sit for school entrance exams up until the Mathayom 3 level. “If schools have limited seats, students will be enrolled on a raffle basis,” he explained.

He also added that students will no longer have to attend tutorial classes because the bill seeks to stop schools from adding content to exam papers that is outside of what has been taught in class.

Athapol, however, is not convinced about the benefits of this requirement.

“I don’t think a law should be this detailed. It’s also going to become difficult to determine what academic content is beyond the scope of examination papers.”