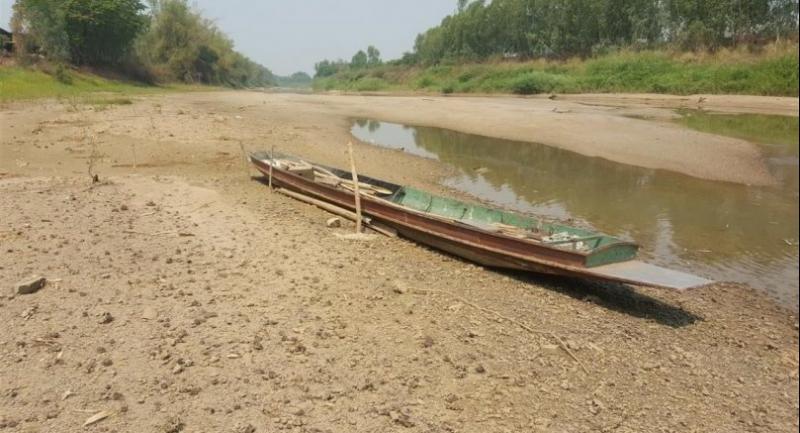 While the Yom River at tambon Wang Chik of Phichit's Pho Prathap Chang district has almost dried up, provincial governor Worapan Suwannus has set up a command centre for drought prevention and mitigation.

The centre will monitor and analyse the drought situation daily, assist related agencies in drought prevention and mitigation missions and keep the public updated, he said.

The authorities also mapped out locations to supply drinking water in each district, while preparing manpower and tools. As the parched section of the river in Ban Wang Thepho still had some  water in low-lying areas, farmers used water pumps to irrigate their rice fields. This will soon drain, however.

Worapan also had the centre formulate guidelines for drought prevention and mitigation. For farming, the centre was to plan better water management, both inside and outside the irrigation zone, while prompting farmers to seek back-up water sources and grow plants that required much less water than rice-growing.

So far this year, this central province had already reduced the number of rice fields by 100,000 rai by prompting farmers to grow maize or low-water crops such as green beans and soybeans and having farmers prepared enough grass to feed their livestock herds throughout the dry season.