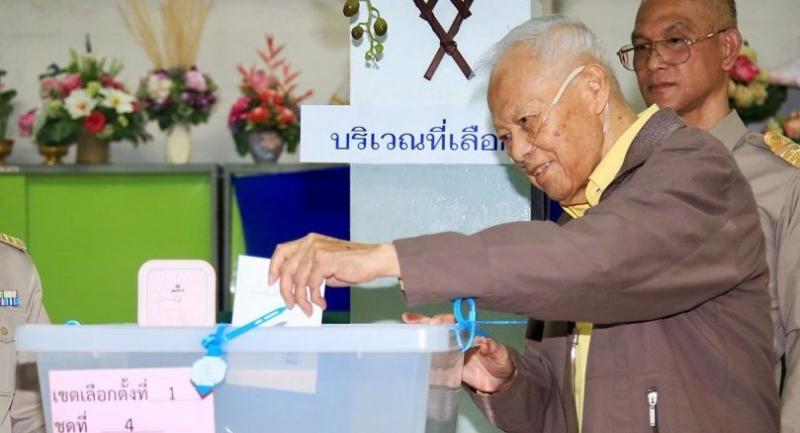 Prem Tinsulanonda, president of the Privy Council, was among voters casting their ballots in advance on Sunday. The former premier arrived in a wheelchair at the polling station at Sukhothai School on Sukhothai Road in Dusit district.

Wearing an oxygen tube in his nostrils, he waved and smiled to reporters but made no remarks. He was able to stand long enough to drop his ballot in the box. It was the first time Prem, who turned 98 last August, had appeared in public after reportedly being hospitalised.

He has remained a powerful figure in politics, with active politicians of most parties regarding his birthdays as occasions for a requisite visit to show respect.