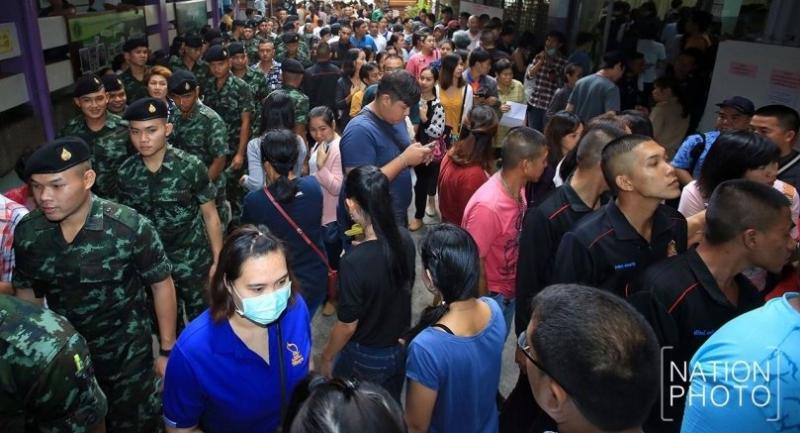 Several thousand voters flocked to polling booths across the country on Sunday to cast ballots in advance of next Sunday’s general election, the first in eight years. The Election Commission organised advance voting for March 17 to facilitate citizens unable to participate next weekend.

Despite summertime temperatures, the advance voters queued in the sunshine at many of the 395 polling stations nationwide.

In Bangkok’s Dusit district, several hundred enlisted soldiers were among those queuing at a polling station at Sukhothai School. Assigned to security duties on Election Day next weekend, they were making their choices early.

Traffic was more congested than usual in several areas of Bangkok as citizens left their homes to vote.

Advance polling runs from 8am to 5pm at the 395 designated stations. More than 2.6 million of 51 million eligible voters have registered to vote outside their home constituencies.

Those who registered for early voting but fail to turn up will be ineligible to vote on Election Day.

Advance ballots will be sorted in Bangkok and within two days be sent to the voters’ home constituencies to be tabulated along with ballots cast on March 24.