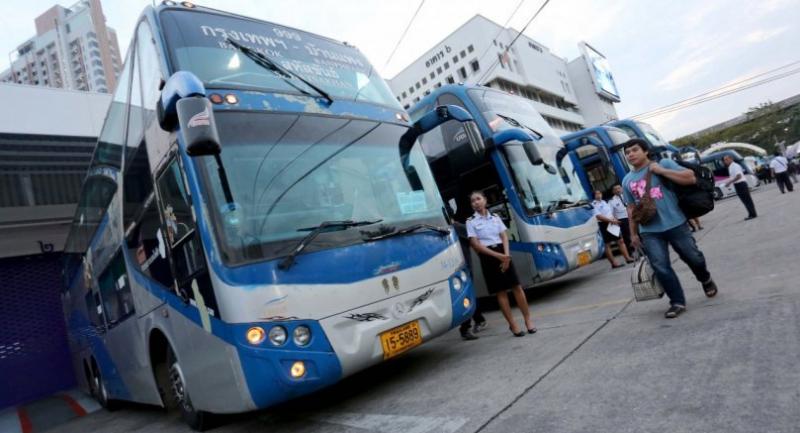 The Land Transport Department has started inspecting the drivers and condition of public transport vehicles at bus stations ahead of the long Songkran Festival holiday period in mid-April.

The period is notorious for a marked increase in road accidents due to much higher traffic levels as holidaymakers head upcountry.

On the first two days of a “vehicle inspection for preparedness” initiative on March 15-16, a total of 25,636 buses, and their drivers’ sobriety and rest periods, were checked, but no flaws that could affect road safety had yet been found, deputy director-general Kamon Buranapong said on Sunday. A total of 11,612 buses were checked on March 15 along with their drivers, comprising 5,145 buses from Bangkok to other provinces and 6,467 inter-province vehicles.

A further 14,024 buses were checked on March 16 along with their drivers, comprising 6,751 buses from Bangkok to other provinces and 7,273 inter-province vehicles, he said.

The vehicle inspections – a Land Transport Department collaboration with the Office of Vocational Education Commission and related agencies, to be conducted at 195 transportation hubs and locations – form part of a Songkran 2019 road-safety campaign, which kicked off on March 15 with the main theme to get motorists “to drive slowly, turn on headlights and wear seat belts” and motorcyclists “to turn on headlights and wear safety helmets”, Kamon explained.