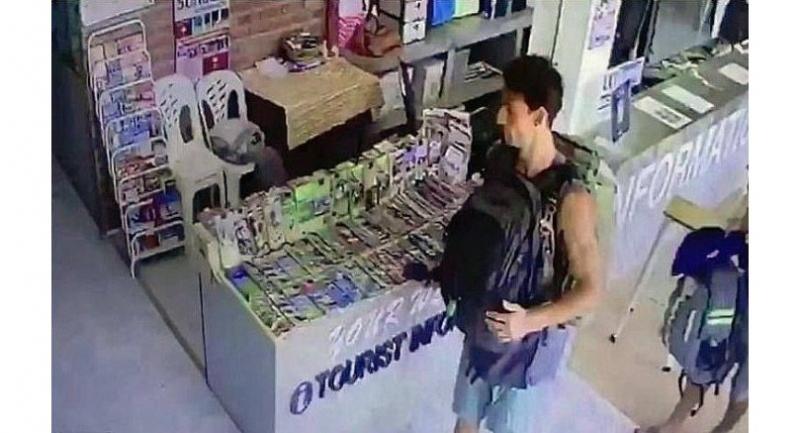 Krabi Police say that they have arrested the second of three young men who alleged attacked an American tourist on Koh Phi Phi on March 9.

However, they are trying to locate the 25-year-old tourist Stephen Trimble who is now believed to be on Koh Phangan. They want him to give evidence so that they can determine if the alleged attackers were also involved in a theft from the beach.

Trimble, a photographer and blogger from Florida in the US, had put pictures of himself on his Instagram account saying that he had tried to help a woman who had her things stolen while swimming. He was then attacked by three men. The photos showed some of the wounds he received in the attack.

The chief of the Krabi provincial police cane out to the island and confirmed that the tourist had been drunk and was advised to come back and report the incident the next day by Koh Phi Phi police. Trimble failed to return the following day to make a formal report and when they tried to locate, it appeared he had already moved on to Koh Phangan.

CCTV has revealed Trimble with a bandage on his left knee and holding a backpack on his front.

Police say the three men in custody were all between 17-20 years old. Koh Phi Phi Police says that one more suspect is now in custody.

The Koh Phangan police are trying to locate Trimble so that he can help identify the young men arrested and say if they carried out the theft as well.