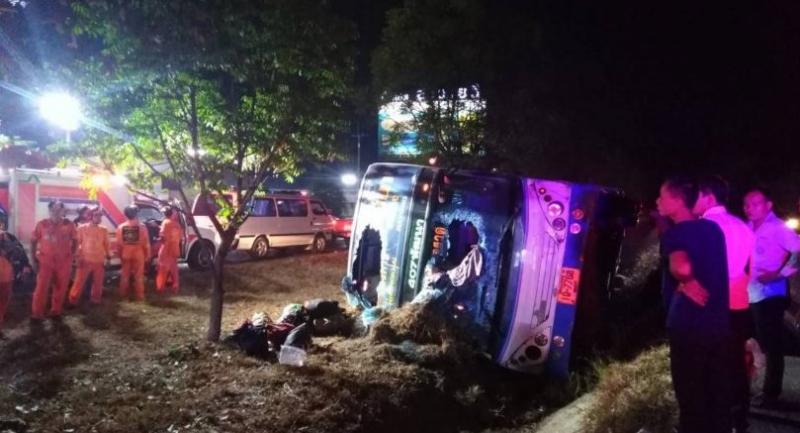 Police and rescue workers were summoned at 2.40am to the scene on Mitraparp Highway in Ban Don Tabaeng, Noen Sung district.

Police suspect that the driver, whose name was withheld, dozed off behind the wheel.