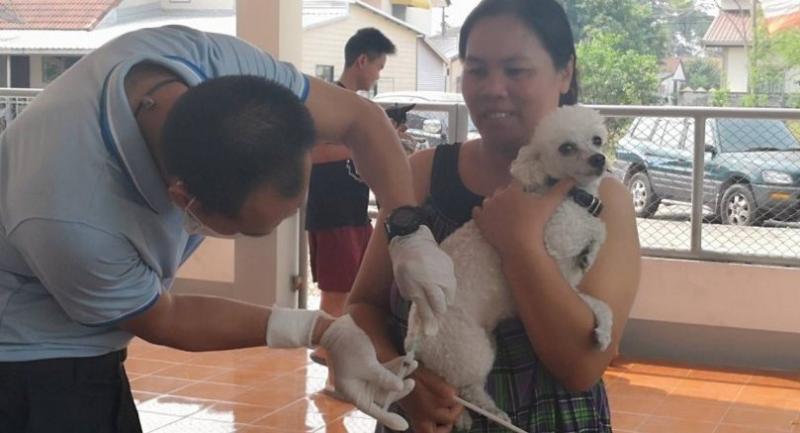 Khon Kaen’s first report this year of a rabid dog prompted the hasty vaccination on Wednesday of pet dogs and cats living within a kilometre of the sighting.

The rabid dog had been reported near the tambon of Muang Kao in Muang Khon Kaen. It was captured near a horse stable behind the Piman Thani Housing Estate and died while under observation.

A lab test on the carcass confirmed on Tuesday evening that it had rabies.

A public health and environment official in Muang Kao said the dog may have bitten and infected seven or eight other strays, based on residents’ reports.

At the urging of village headman Cherdsak Suwansit, many residents of the housing estate in Moo 11 took their pets to be vaccinated against rabies.