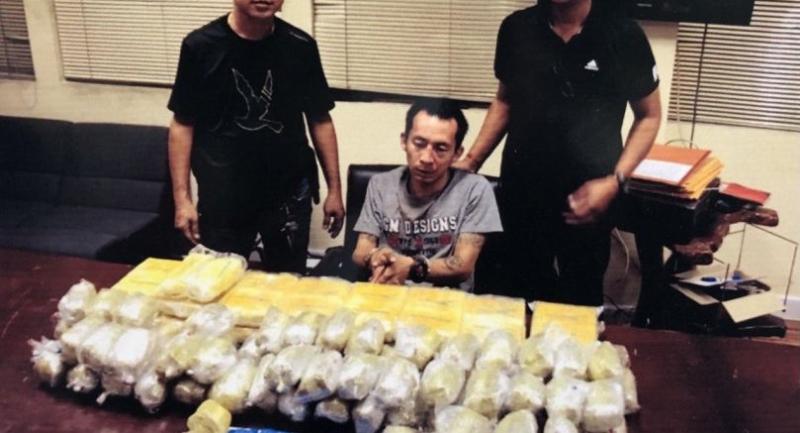 Two men were arrested after police helped them following a car accident but then found 240,000 methamphetamine pills in their car.

Sutthipong said police were alerted at 11:50pm on Monday that two cars collided in front of the head office of the Provincial Electricity Authority on Ngam Wong Wan Road in Bangkok's Chatuchak district.

When police arrived, Komsorn and Waran appeared high on drugs so police searched their car and found the pills.

The two were taken for questioning and they said they picked up the drugs from an LPG gas station in Pathum Thani's Klong Luang district. They were purportedly heading to Samut Sakhon to keep the drugs at their rented house in Krathumban district.