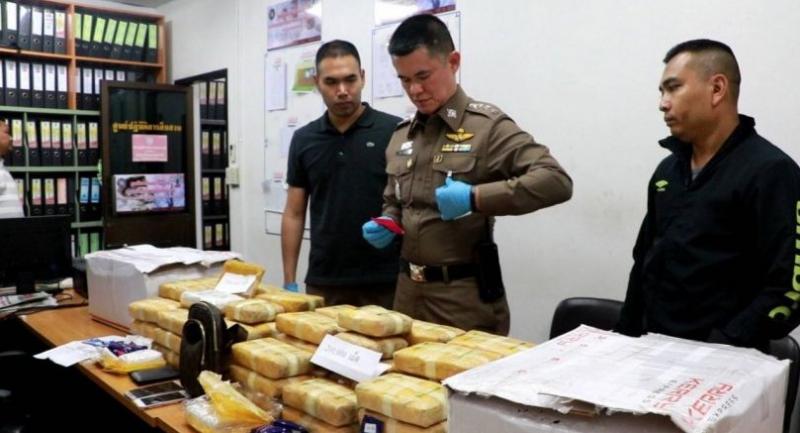 Theera said his officers received a tipoff that Kachornlarp might have a huge amount of drugs hidden in his room.

Theera said police staked out Kachornlarp's car at the boarding house's car park and arrested him when he walked to his vehicle.

Police then searched the room and found the drugs.

Kachornlarp said he was hired by a Burmese man he knew only as Lek to pick up the meth pills from a market in Pathum Thani to keep in the room, waiting for an order to deliver them.

Kachornlarp said he once successfully delivered a drug shipment and was paid Bt100,000.