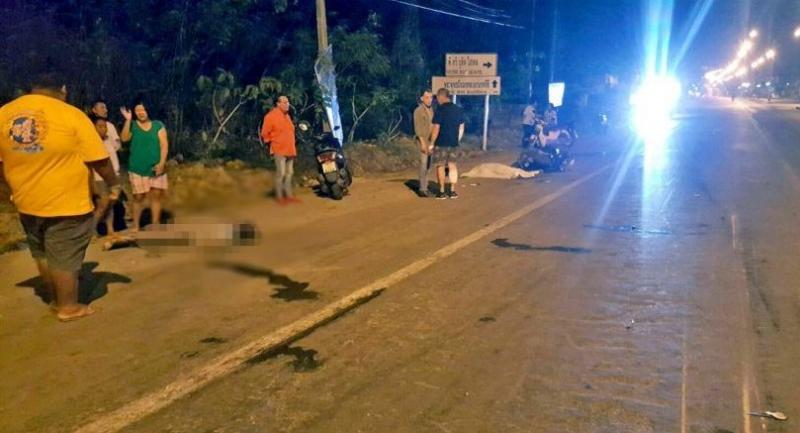 Three people have died and another sustained serious injuries following a collision of two motorbikes in Rawai early on Tuesday.

The accident happened on Viset Road in front of a public health centre at 1.30am.

The Honda Wave motorbike rider was 37-years-old Siripong Mulikkabut. He sustained serious injuries and was taken to Vachira Hospital where he was pronounced dead. He was not wearing a helmet. His passenger, 35-year-old Warunee Hosakun, died at the scene.

The rider of a white Ducati model bike was 48-year-old French man Philippe Menduni. He died at the scene.

Police say the Honda rider was heading towards Chalong Circle. When he arrived at the scene, the Ducati Bigbike came from behind and collided into his back.

The police said none of the riders was wearing a helmet.