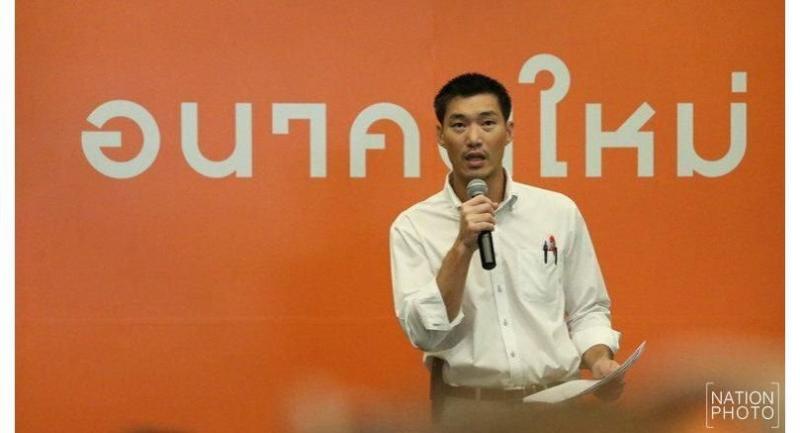 FUTURE FORWARD Party leader Thanathorn Juangroongruangkit yesterday beat a right-leaning television station at its own game, challenging it to prove the authenticity of an audio clip alleged to be a conversation between him and ousted former prime minister Thaksin Shinawatra.

Nation TV yesterday was in the hot seat after the audio clip was aired on one of its most popular news programmes, hosted by its star anchor Kanok Ratwongsakul.

The clip featured an alleged conversation between the two politicians discussing post-election prospects. Netizens criticised the station, saying it had shown itself to be politically compromised by reporting “fake news” that favoured the pro-junta bloc.

Most social media comments characterised the audio clip as “obviously fake” – composed of a voice collage of the two politicians speaking to different audiences on different occasions. ‘Stooping low’ Thanathorn, in a telephone interview with another news programme on Nation TV yesterday, said he did not think “good” media outlets would broadcast such a clip.

“Nation broadcasting the clip just shows how [you’re] stooping so low,” he said. “It’s a shame [you] aired it.” The anchor of another Nation TV show asked whether he had ever spoken with Thaksin.

Thanathorn said, “I’ve talked about this so many times. I think a good media [outlet] should not make it my burden – as the accused here – to prove it. Good media would actually apologise to me. Show responsibility to me and to the people receiving this [false] news.”

A Thai-language hashtag that can be translated as “NationBusted” circulated online all day yesterday along with criticism of the media giant and its conservative anchor, Kanok.

A station executive, however, stood firm about broadcasting the clip, claiming it was done in accordance with media ethics. He challenged Thanathorn to take legal action if he believed Nation TV had crossed the line. Nation TV managing director Chatchai Pokogwai said the station was only doing its job, reporting what was happening and then offering Thanathorn a chance to give his side of the story. But the politician merely took the opportunity to reprimand the station harshly, he said.

“If Thanathorn thinks our report has caused him damage, he can pursue a case against us,” Chatchai said. “I’m ready to take legal action against him as well.”