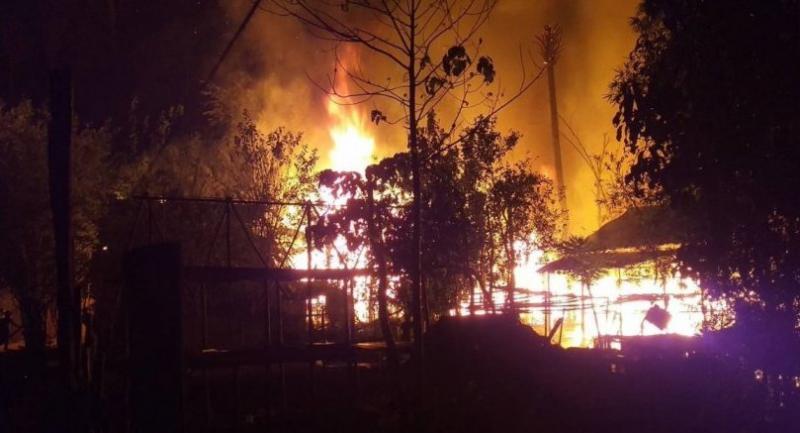 Nine Myanmar refugee houses at a camp in Mae Hong Song's Sop Moei district were damaged in a fire early on Thursday. No one was injured.

Col Wutthi Pathomruangkul, commander of the 36th Ranger Taskforce, said the fire started at about 1.45am and damaged nine houses, affecting 54 refugees at the Ban Mae La camp. He said the fire might have been caused by an electrical short circuit.