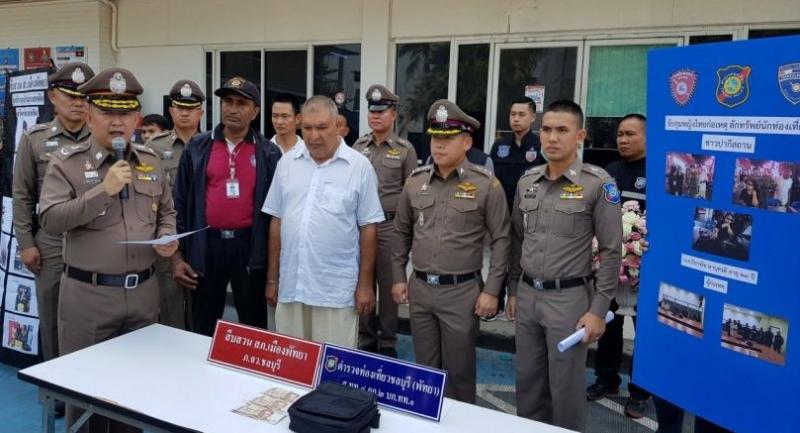 A Thai woman was arrested in Pattaya early on Thursday after she allegedly stole Bt3,000 in cash from a Pakistani tourist.

Police said Piyapat Habutdee, 23, from Kamphaeng Phet, was arrested on Pattaya Walking street while she was walking with her victim, Kumar Ashook, 53. Ashook filed a complaint with a unit of Pattaya police on the street that he suspected Piyapat had stolen Bt3,000 from him.

The tourist said he took the woman to his hotel room for sex and came back to the Walking Street for dinner but he found that his cash was missing.

Police said Piyapat admitted she stole the money while Ashook was taking a shower to get prepared to go out for dinner.