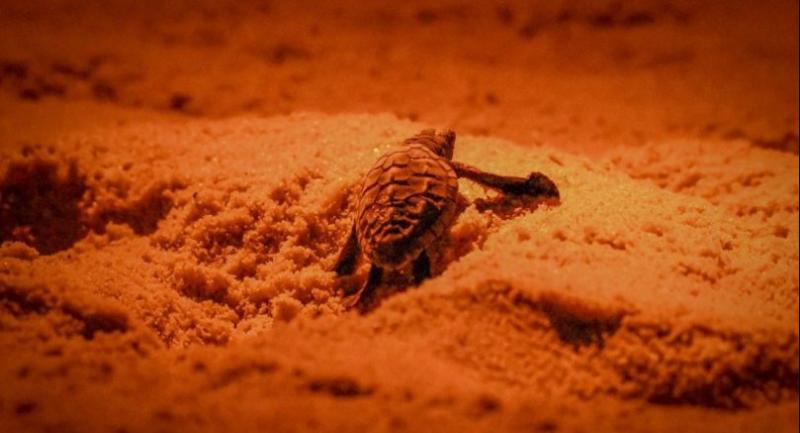 Sixty-eight Olive ridley baby turtles have hatched from their nest in Phang Nga's Thai Muang district and made their way to the Andaman Sea late on Wednesday.

Officials of the Khao Lampee-Haad Thai Muang National Park said it was the first nest of Olive ridley turtles in the area in 22 years. Officials watching over the turtle eggs at the hatching centre in front of Wat Tha Sai in Tambon Na Toey noticed that the sand over the hole dissolved in the evening, which was a sign that the turtle eggs under the sand had hatched.

The officials then waited until the high tide at 10.30pm to remove the sand and helped the turtle babies come out.

The officials found that 68 babies hatched and they helped them into the sea. Thirteen eggs did not hatch.

The park recorded that the protected species last laid eggs in the park in 1996.

The 81 eggs were laid by a mother turtle on February 2 at the Haad Bo Tan beach and park officials relocated the eggs to be monitored at the beach in front of Wat Tha Sai.

When fully grown, Olive ridley turtles can be some 60 to 70 centimetres long and weigh about 30 to 40 kilograms.