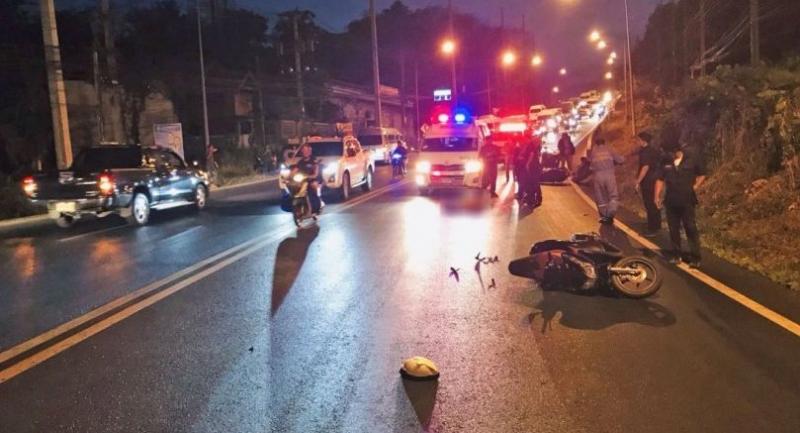 A water truck driver has presented himself to Karon Police after a Wednesday road accident on Kata Hill that killed a female motorcycle rider.

She died after skidding on oil spilled on the road, falling off the motorbike and being crushed by a water truck in Kata last night. Two others motorists following also crashed and sustained injuries. On Thursday morning the water truck driver, Apichart Sripan, was questioned by Karon Police over the incident.

Police report that a drug and alcohol test has been conducted returning a zero result. But he has been charged with reckless driving causing injury and death.

Police say witnesses reported that the truck stopped 100 metres down the road. They say the driver got out of the truck to inspect the wheels. Witnesses tried to take photo of him but he sped away.