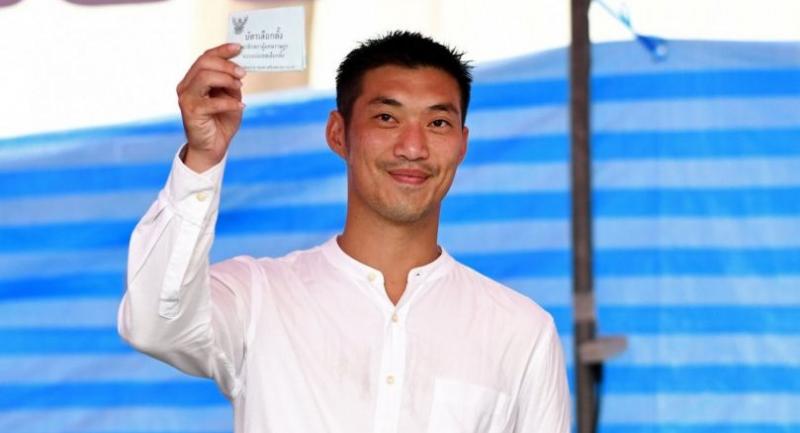 Future Forward Party leader Thanathorn Juangroongruangkit and his wife Rawiphan cast their votes at the polling station inside Ramkhamhaeng 2 campus.

The couple arrived at the 33rd polling station of Bangkok’s Constituency 20 at 7.45am.

They checked their names on the list before the polling station opened at 8am. Thanathorn was 484th on the list and his wife 499th.

Thanathorn and his wife were the first of 9,727 eligible voters to cast their ballots at the station.

Thanathorn raised his fist and said he was excited to vote after the 2014 coup. He said he would have lunch with his mother Somporn Juangroongruangkit and family, and would head to his party office at 6pm to monitor the election results.