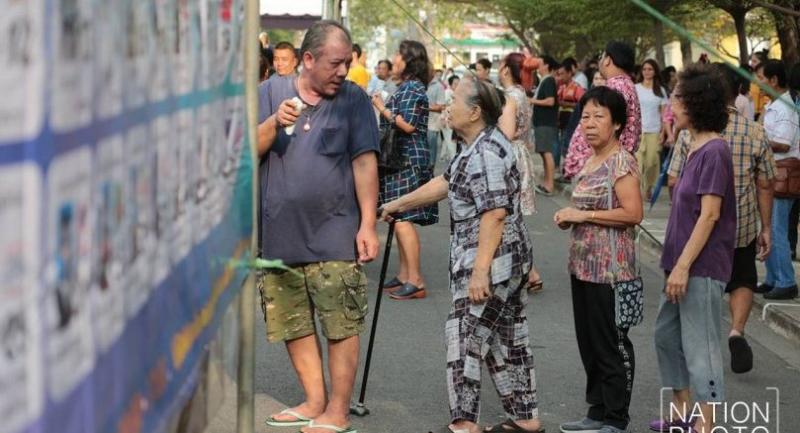 A large numbers of voters turned out to cast their ballots in many provinces of the Central region. Queues were formed at several polling stations even before the voting began at 8am in the provinces of Suphan Buri, Pathum Thani, Ang Thong, Phetchaburi and Samut Songkhram.

Prominent politicians and entertainment celebrities joined local residents in exercising their voting rights for the first time since the last completed general election in July 2011.

One of the early voters, Tawanchai Harinsawat, from Samut Songkhram, said he arrived at his polling station one hour before voting started. “I have some business later in the day. I was worried I may be too late for voting if I waited until I completed my business,” he said.

Elderly voters also showed up along with younger ones. Samut Songkhram resident Lek Namthong, 72, arrived at her polling station with a cane. “I have a problem walking after an illness. But as a Thai voter, I have to exercise my democratic right,” she said.