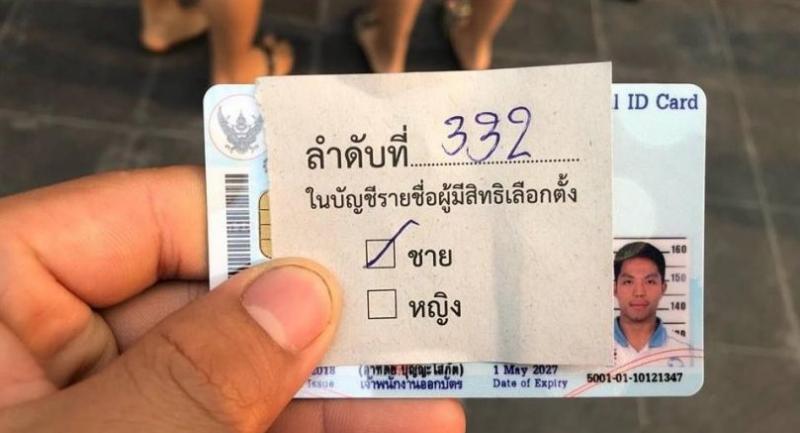 Mong Thongdee, who gained national fame for his skill at folding and flying paper aeroplanes, was on Sunday able to vote for the first time since being granted citizenship last year.

The formerly stateless man, born in Thailand of Burmese descent, cast his ballot at a polling station at Wat Changthong in Muang Chiang Mai.

Mong, 21, posted a photo on Facebook of his identity card and his queue ticket.

“I already exercised my right,” he wrote, adding the hashtag “#Election2019”.

The post garnered plenty of “likes” and comments, most congratulating him on his debut as a Thai voter.

Mong was promised citizenship after winning an international paper-plane competition in Japan in 2009, but no government followed through until last year.

His “forgotten” status made headlines after the dramatic Tham Luang Cave rescue in Chiang Rai last summer, when the three young footballers and their coach who were also stateless were granted citizenship.

Mong renewed his appeal and this time got what he’d been promised.