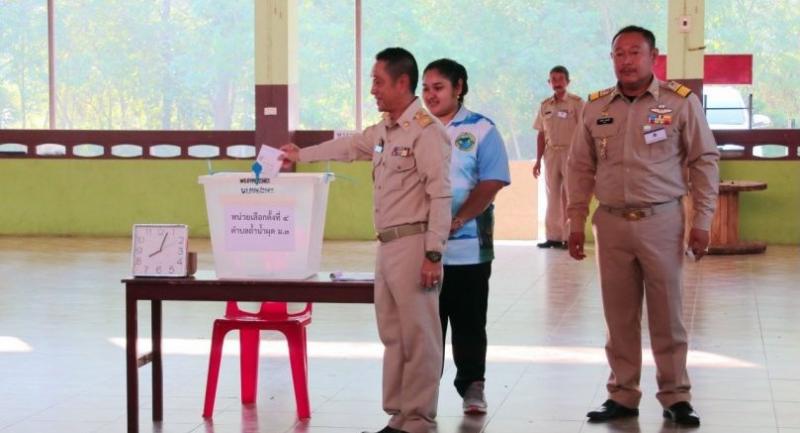 The governors of many provinces showed up early at their local polling stations, with some even being the first to cast their vote.

Trat Governor Prasert Luechathananont and Phetchaburi’s Kobchai Boon-arana were the first in line at their polling stations when voting began at 8am. Apart from casting their votes, they also inspected polling stations as is their duty as top administrative public officials.

The governor of Trat called on voters to turn out in great numbers “to show our democratic spirit”.

Lop Buri Governor Supakit Phopabhaphan was also first in line to cast his vote at 8.30am, and reported no problems upon inspecting polling stations in the area.