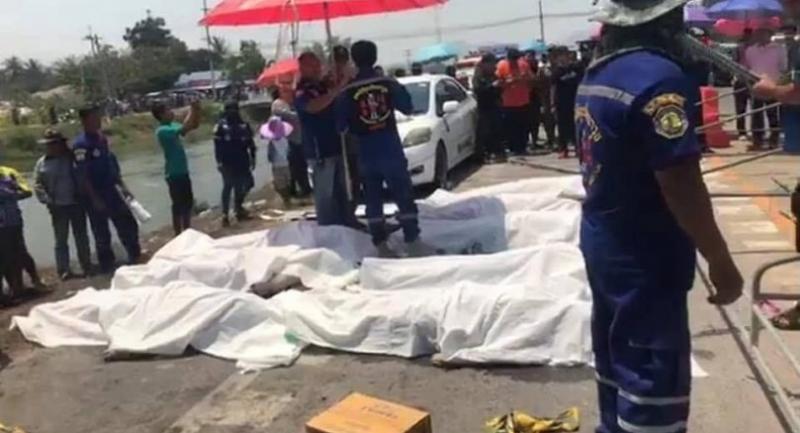 Miracle of Life Foundation rescue workers transported the bodies of the 10 migrant workers killed in a collision in Kanchanaburi to Bangkok for autopsy early on Sunday morning.

Also slightly injured in the crash were the truck driver Janya Phumarin and three Laotian women going by the names Ying, Kaew and Doung.

The accident took place early on Saturday morning in Kanchanaburi’s Tha Muang district when a van carrying migrant workers was hit by an 18-wheeler and both vehicles plunged into a roadside canal.