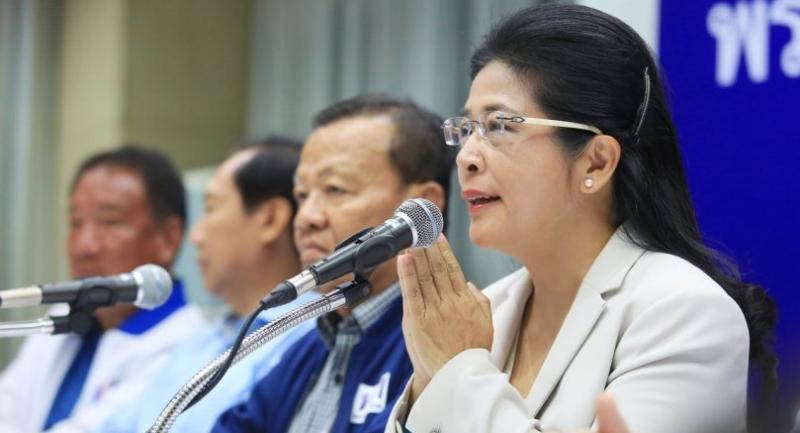 Pheu Thai Party leader Khunying Sudarat Keyuraphan thanked voters and said the party which wins the most number of Lower House seats must be allowed to form the government as used to be the practice.

She also called on the 250 appointed senators to act in line with the mandate of the voters.

The party will wait for the outcome of the election, she said at a press conference after poll closed on Sunday.

An exit poll conducted by Super Poll forecast Pheu Thai would be the single larges party, winning 163 of the 500 seats.