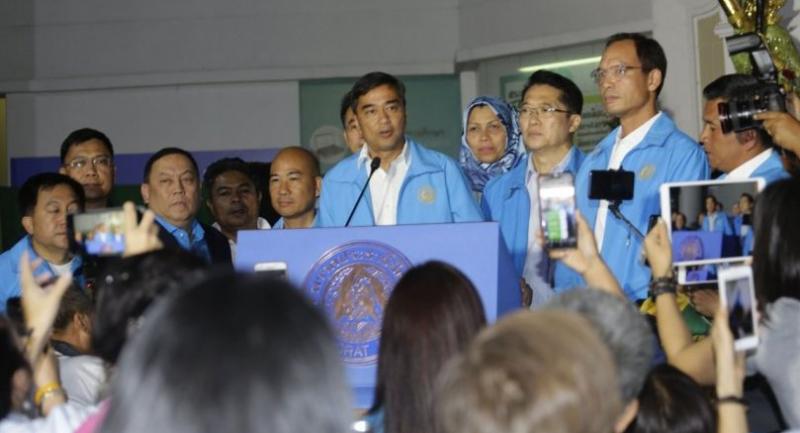 Abhisit Vejjajiva tendered his resignation as Democrat leader on Sunday night, after his party’s dismal performance in the elections.

He said he took the responsibility for his party winning fewer seats in the Lower House than targeted. The Democrat leader also apologised for failing to convince voters.

“Due to what happened, I have to take responsibility as party leader. I resign,” he said grim-faced in front of an army of supporters and reporters outside the party’s headquarters.

However, supporters met his emotionally delivered announcement with a long applause.

At 93-per-cent vote count, the Democrats had only won 42 House seats – far fewer than they did in the 2011 elections.

The country’s oldest political party was further embarrassed by major setbacks in its traditional strongholds – Bangkok and southern provinces.

The Democrat leader had earlier announced that he would step down if his party won fewer than 100 seats in the House.