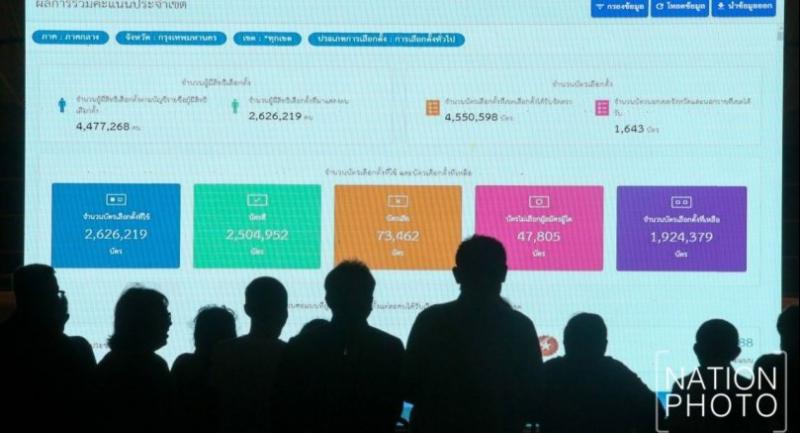 The Election Commission (EC) president Ittiporn Boonpracong concluded on Sunday that 65.96 per cent of eligible voters had turned up to exercise their right, and postponed the announcement of initial election results to Monday after 90 per cent of the votes had been counted.

According to data provided by the EC’s Rapid Report system, the pro-junta Phalang Pracharat Party appeared to have won the election with over 7.5 million votes, while Pheu Thai came in a close second with 7.1 million votes after counting progressed to 93 per cent on Sunday night.

Medium-sized Bhumjaithai Party had won 3.2 million votes as of 10.30pm Sunday night and was comfortably at fifth place.

Ittiporn told the press on Sunday night that of the 90 per cent votes counted, 5.6 per cent were spoiled, while 1.5 per cent were no votes.