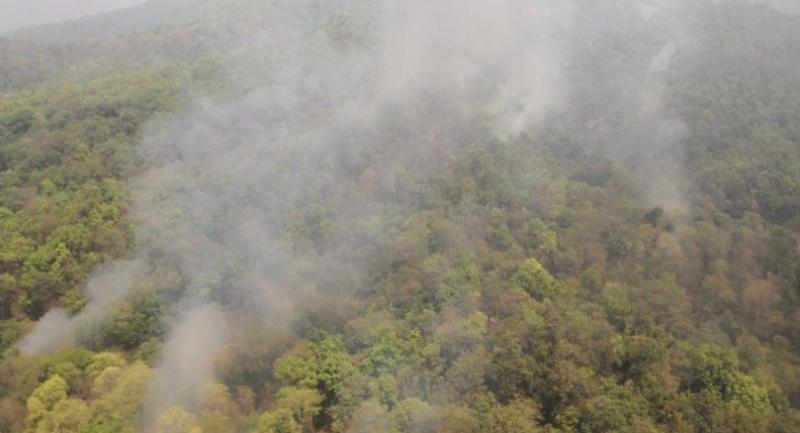 It’s the latest idea from Chiang Mai Governor Supachai Iamsuwan, who’s under attack for his administration’s perceived failure to ease the smog situation.

Supachai has his officials checking the International Exhibition and Convention Centre to see if it could feasibly serve as a temporary public refuge from the summer heat and stubborn haze.

Earlier this week he instructed all districts, health units and local administrative bodies to distribute facemasks and protective advice, raise the humidity and strictly enforce a ban on outdoor burning ban.

But in the meantime, Chiang Mai on Monday once again topped the list of the world’s worst air-polluted locales. The Air Quality Index (AQI) of 269 at 10am, as cited at airvisual.com. One hour later it had climbed to 284, surpassed only by Kathmandu, Nepal. The safe limit in Thailand is 100.

Chiang Mai’s AQI topped 400 both Saturday and Sunday. Residents on Saturday launched a petition at Change.org calling for the governor to be removed from office for his “ineffectiveness in tackling the haze”.

In terms of PM2.5 pollution – airborne particulates 2.5 microns or less in diameter – the Pollution Control Department reported at 9am on Monday that the levels in nine northern provinces ranged from 66-266 micrograms per cubic metre of air. The safe limit is 50.

Dr Srinapan Phongpan of Phayao Hospital in Phayao, where PM2.5 was measured at 164, said there was a clear connection between the haze and the rising number of people seeking medical help.

People with heart and coronary disease, respiratory disorders and inflamed skin and eyes should be extra careful and see a doctor if their ailments worsened, she said.