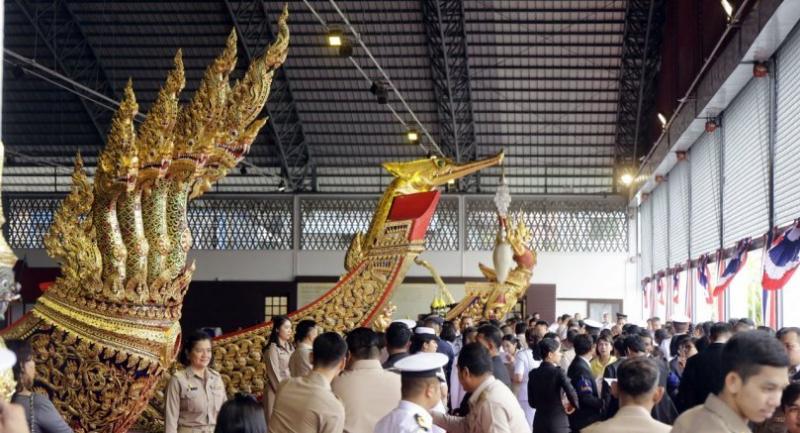 By Prasert Thepsri
The Nation The Navy is in the process of preparing the barge for the Royal Barge Procession as part of the Royal Coronation Ceremony for His Majesty King Maha Vajiralongkorn.

The ceremony will take place from May 4 to May 6 in Bangkok.

The procession will feature 52 royal barges, with a total of 2,098 Navy officers on board.

Kathina is a Buddhist festival which comes at the end of Vassa, the three-month rainy season.