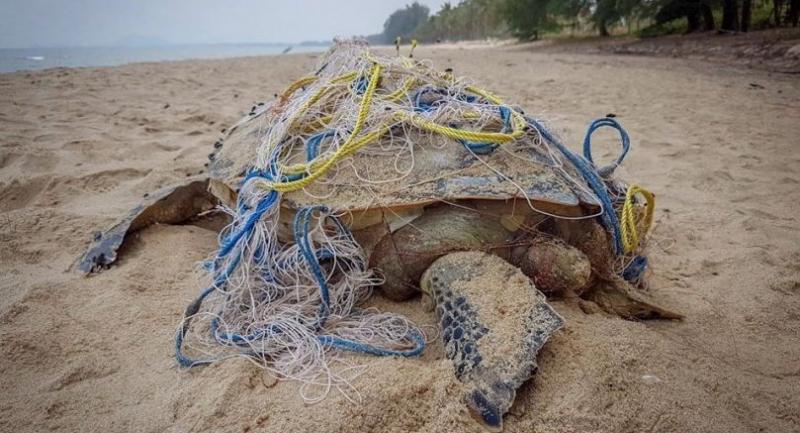 A series of photos conveys everything we should be concerned about in Thailand’s marine ecology.

They show the body of a green sea turtle, tangled in a fishing net and washed up on a beach in Prachuap Khiri Khan.

The Department of Marine and Coastal Resources reported on Tuesday that it had been notified that a dead sea turtle had been washed up on a beach in Bang Saphan. The turtle was already rotting when it was found tangled in the fishing net.