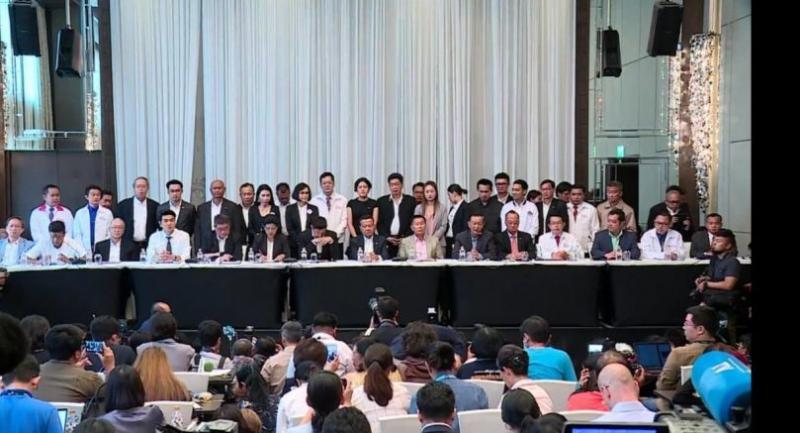 She said their shared aim was to stop the military junta from retaining power.

Negotiations were underway for more parties to join them, she said.

The New Economics Party was not represented but is expected to join the bloc.

Future Forward leader Thanathorn Joongruangruangkit said he supported Sudarat to become prime minister, given that Pheu Thai had won the most seats in Sunday’s election.

The bloc urged other parties to respect the people’s choice and join the anti-junta coalition.