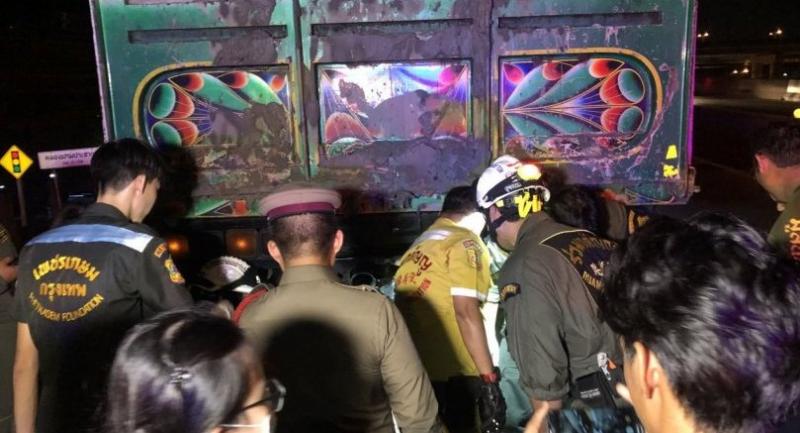 By The Nation
Thai Visa

A 10-wheel truck driver told police in Bangkok that he thought he had been hit by a car or pickup as he drove slowly in the left lane of the Lak Si intersection bridge heading to the Bang Khen roundabout on Tuesday night.

Santi Thonthong, 50, stopped and got down from his cab to be confronted with a gruesome sight.

A motorcyclist suspended from his motorcycle was wedged into the back of his truck.

Samian Luangjan, 44, from Khon Kaen was pronounced dead at the scene.

He was found in possession of electrical tools used in the air-conditioning trade.

Santi said that he went weak at the knees and nearly collapsed when he saw the horror that confronted him.

He had just made a delivery of earth to Chang Wattana Soi 5 and was on his way back to Ram Inthra.

The body of the dead motorcyclist was taken to Bhumibol Hospital for a post-mortem after workers from Ruam Katanyu foundation cut him free. Investigations continue.