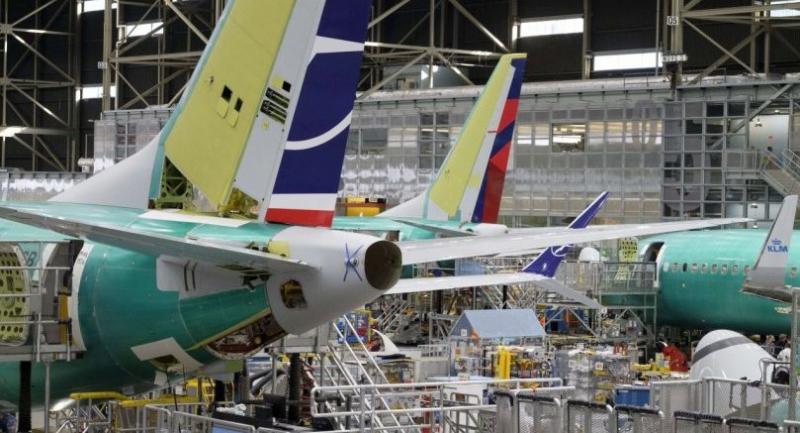 Boeing 737 airplanes are pictured on the company's production line, on March 27, 2019 in Renton, Washington/AFP

US aircraft maker Boeing on Wednesday unveiled an upgraded for the MCAS flight software on the 737 MAX aircraft, following two recent crashes in which nearly 350 people died.

The company is going all out to respond to safety concerns about its top-selling plane, and after hundreds of hours of testing will roll out the fix to the stall-prevention software, once it's been approved by the Federal Aviation Administration.

Below are the changes it is making:

The Maneuvering Characteristics Augmentation System (MCAS) flight control software was installed on the 737 MAX because the heavier engines forced a shift in the placement of the engines. It is designed to push the nose of the plane down if it detects the risk of a stall. With the changes, the MCAS will no longer react to input from a single "angle of attack" sensor, but only when two sensors agree, within a small margin of error.

The pilot will be alerted if the left and right AOA sensors are contradicting each other with a "disagree light." Boeing will no longer charge airlines to install this feature.

The MCAS will no longer continue to try to override the pilot and will engage only once, nor will it have sufficient power to counteract the actions of the flight crew. The pilots will continue to always have the ability to override MCAS and manually control the airplane.

Boeing has updated its training for pilots flying the MAX to give them an "enhanced understanding" of the systems, including the MCAS and associated procedures. This will be a computer-based training program.

Pilots not rated to fly the 737 must complete at least 21 days of instructor-led training, including classroom and simulator training.

Mike Sinnett, Boeing's vice president of product strategy, told reporters the fix was not released until now because they were taking time to ensure they would get it right. It will take only about an hour to install and can be rolled out as soon as the company receives FAA approval.