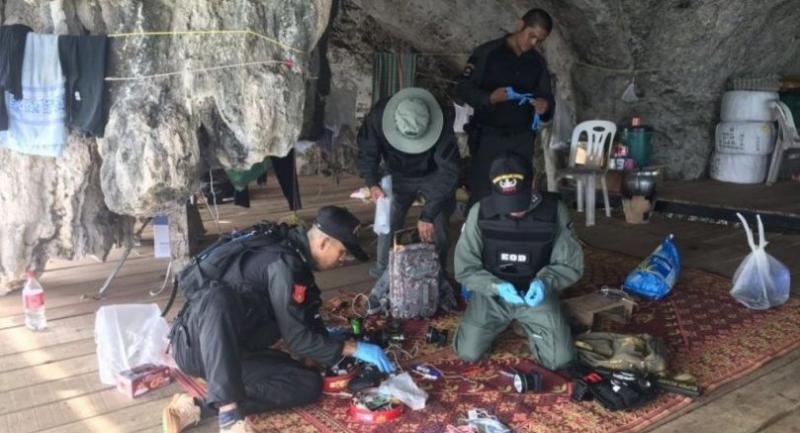 By Sittichai Sikhawat
The Nation

As part of the police investigation into the recent lethal blast in a concession area for bird's nest harvesting overlapping Krabi and Phang Nga provinces, police on Thursday conducted a search of Koh Thalu in Krabi's Ao Luk district and found a sack of bomb-making equipment.

The island is suspected of storing explosives that would be planted on islands to prevent bird's nest theft.

The two men said they were there to guard bird nests but they did not know anything about the explosive equipment. Police charged them with having explosives without permission.

The Thursday raid followed the March 18 incident in which Boodrod Thongdee, 25, was killed by a land mine and another man, Somchai Thongdee, 35, was injured in an explosion on Koh Laopai in Phang Nga. Somkid Thongdee, who was with the two victims but was not injured, said as residents in Tambon Khao Thong in Krabi they entered the area to collect wild orchids.

Local community people had doubted the man's claim, as local residents knew such concession area was out of bounds because "some measures have been used to deter thieves”.

Edible bird's nest - which is created by solidified saliva from swiftlets - can fetch a good price as it is a key ingredient for the manufacturing of popular bird's nest drink.