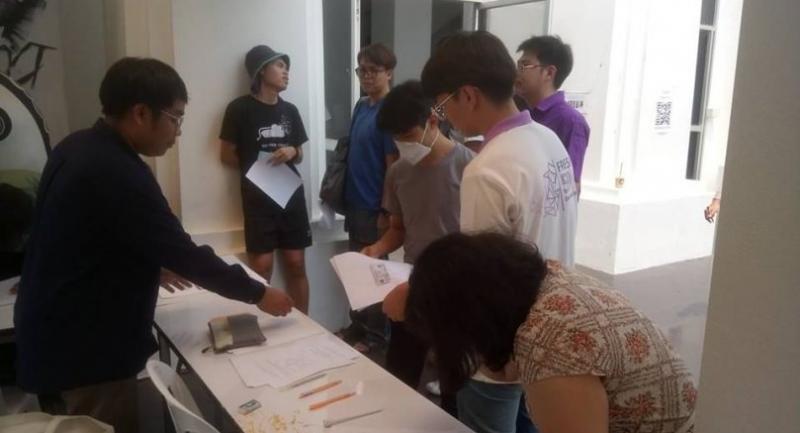 Chiang Mai University students on Friday joined others in universities across Thailand in soliciting signatures to support a motion to dissolve the Election Commission (EC).

They alleged that the EC’s organisation of the March 24 election was not transparent and there were questions about the delay in announcing the results.

The EC has not yet declared the results of the election and the anti-junta side alleges that the EC of dragging its feet in its bid to help the pro-junta Palang Pracharat party.

The Pheu Thai Party, that appeared to obtain more parliamentary seats than Palang Pracharat, has repeatedly called for the EC to release the number of votes in detail.

Students, lecturers and other people were seen lining up to sign up for the dissolution of the EC.

Watcharapat Thammachak, president of the Law Faculty’s students club, said that most of the students agreed that the national election was not transparent and questions about of the results of the election were not answered.

Watcharapat said that the signatures gathered will be added to those from other universities.

Most people criticised the EC’s delay in releasing the official results of the election.