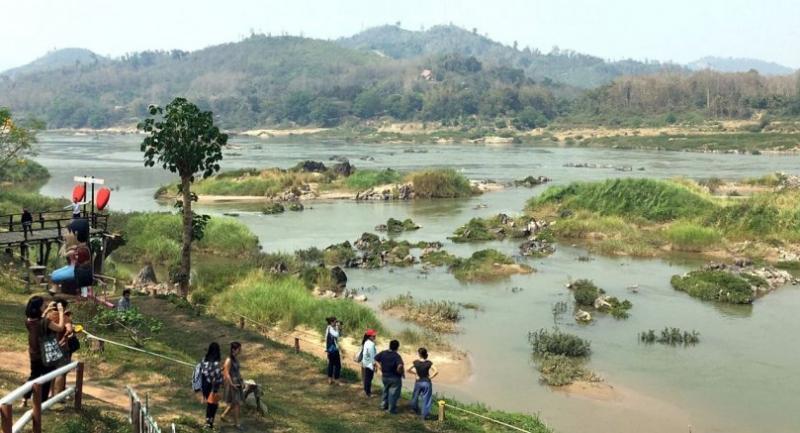 An activist who has been fighting for years against the planned dredging of sections of the Mekong River for greater shipping access has called on the authorities to clarify the status of the project, which was supposed to have been cancelled following a meeting between Thai and Chinese officials last month.

Foreign Minister Don Pramudwinai said two weeks ago that China had agreed to bring the project to a halt after it had learned about environmental concerns.

Activists, including Pianporn Deetes, campaign director for Thailand and Myanmar for International Rivers, and residents had raised concerns over the impact on ecosystems along stretches of the Mekong River arising from the proposed removal of rapids under the dredging works.

Don said China had promised to stop the project in a meeting he had with Chinese Foreign Minister Wang Yi in Chiang Mai in mid-February.

“I am pleased to inform everyone that we have reached a consensus with China on the cancellation of the Mekong River navigation channel improvement project, as the Chinese side has already understood the possible consequences from this project, so they promised to end it for the greater good,” the minister was quoted as saying to the press.

However, it was the second time that Don had claimed a meeting with Wang had led to the project being suspended.

Don had made a similar claim in December 2017 in Dali, southern China, on the sidelines of the Lancang Mekong Coopertion ministerial meeting.

Then came the 17th meeting of the Joint Committee on Coordination of Commercial Navigation on the Lancang-Mekong River (JCCCN) – with officials from China, Laos and Thailand – on March 26-28. A “summary of record” was produced with the third joint inspection on navigation procedures being set down for October.

The second mission was carried out last October on a stretch of the river from Jinghong in China to Luang Prabang in Laos. This was recorded in the meeting.

Other work, including China’s final technical and strategic assessment reports – counted as preliminary work – was reported to the meeting as being completed and subject to decisions by individual countries to “proceed” further.

Other logistics work, including for navigation safety as well as the setting up of a navigation management unit, were also reported. This level of reporting has raised questions about the actual status of the project.

Pianporn said the agreements from the meeting showed the project had not been shelved, as declared by the minister.

Pianporn and others want clarity on the project, which started in the early 2000s. It is clear that the project has already proceeded on sections of the river in China, with damage to the environment reported.

The rapids on Mekong River are regarded as essential to the health of the waterway’s ecosystems as well as the livelihoods of people living along it. The river provides habitats and feeding grounds for fish, which allow the local fishermen to earn a reliable income and guarantee food security for communities, according to Pianporn.

As the work beyond Luang Prabang have not yet started, downstream areas should be protected, the activists say.

International Rivers has written to the department seeking clarification on the minister’s comments, but has not received a response, Pianporn said.