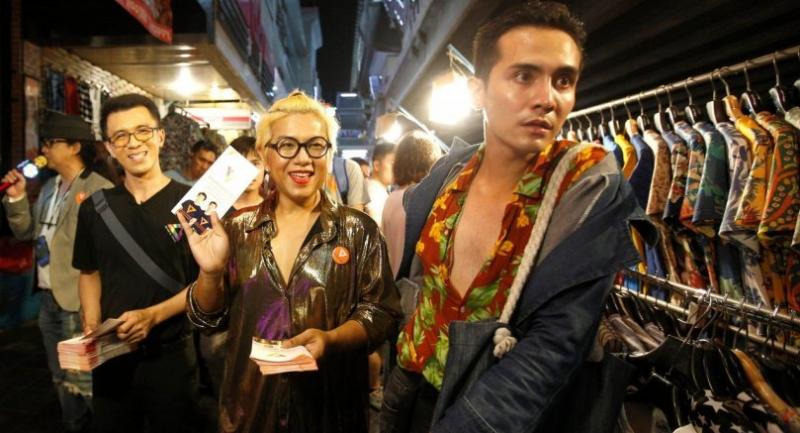 The political landscape significantly shifted with this month’s election, the first after five years of junta rule, with plenty of fresh faces among winning MPs. Analysts say much of the credit goes to the seven million-plus first-time voters who were fed up with the staid status quo and wanted change.

The Future Forward Party, which made an impressive debut, finishing as the third-most popular choice with more than 6.2 million votes and more than 80 House seats, is composed entirely of new faces.

The Phalang Pracharat Party, also newly formed but specifically seeking to keep junta chief General Prayut Chan-o-cha in the Prime Minister’s Office, did best of all the parties, garnering 8.4 million votes and 118 seats.

While strengthened by heavyweight veterans it lured from other parties, Phalang Pracharat is also poised to introduce dozens of fresh faces to Parliament. Co-founder Taopiphob Limjittrakorn, 29, whose personal appeal might stem from his aim to legalise home-brewed beer, helped lead the party to a knockout electoral performance over the Democrats, the country’s oldest political party.

Taopiphob, chosen to represent Bangkok’s Klongsan district, will soon be talking serious beer in the House.

“I think many people, especially the younger generations, got really bored with the conservative older generation of politicians as well as the junta regime,” Taopiphob told The Nation Weekend. “They hope the younger candidates with their bold ambition can reshape the political landscape.

“One of our central policies is to amend any laws that support monopoly trade, including the one on home-made craft beer. I personally will stop brewing beer at home to avoid having a conflict of interest,” he said.

“I plan to promote Thai craft beer globally and make Thailand the craft-beer hub of Asia. And I’ll upgrade the global reputation of Thai rice wine too.”

Taopiphob also wants to turn Klongsan, which is known for its creative community, into something called “Town All”. He envisions residents from all walks of life and all ages brainstorming and agreeing on ideas to develop the district with more creative activities – and build themselves a small park while they’re at it.

Future Forward’s stunning premiere included winning at least 58 party-list seats in the House, and doing so without a single big-name political veteran. Its candidates came from a wide variety of backgrounds, among them a labour leader, a transgender film director and a Hmong Paralympics silver medallist.

The labour leader is Wannipa Maison, secretary-general of the union at Triumph and a director of the Textile Garment and Leather Workers Federation of Thailand. She came in third on the party-list victors, right behind heartthrob party leader Thanathorn Juangroongruangkit and co-founder Piyabutr Saengkanokkul, a Thammasat University law graduate.

“I joined Future Forward because I want to speak up for labourers and defend their rights,” Wannipa said. Those rights include fair wages, state welfare and adequate leave. A single mother, she realises the difficulties that low-income people face raising children.

“I am determined to push for tangible responses to labourers’ demands once I’m in Parliament.” Award winning filmmaker and LGBTQ activist Tanwarin Sukkhapisit ranked ninth on the party-list winners, becoming the country’s first transgender MP. She thanked supporters “for believing that Thailand can get better”.

The incumbent Cabinet has already approved the Life Partnership Bill, but the incoming government must ratify it.

“I’d like to push forward by amending Article 148 of the law to make same-sex marriage legal and give couples benefits equal to those in traditional man-woman marriages,” Tanwarin told The Nation Weekend. “We’re all humans and we’re all equal.”

Civil servants at the Culture Ministry, which banned Tanwarit’s feature gay-oriented film “Insects in the Backyard”, might find she’s their new boss if Future Forward becomes part of the government. She’d love to have the minister’s portfolio.

Set to fight for freedom

Tanwarit, who also a former president of the Thai Film Directors Association, also hopes to amend laws that limit filmmakers’ freedom of expression.

“I hope to upgrade our arts and culture so they can compete digitally with those of other countries,” she said. “We have high-quality cultural content, but we need hi-tech weapons to compete.”

Future Forward’s stated goal of enshrining human rights is reflected in the fact it fielded seven candidates from ethnic minorities. Only two won part-list seats – Nattapon Seub-wongsak, a Hmong ready to represent Tak’s Phop Phra district, and Manop Keereepuwadol, a Karen from Chiang Rai. Nattapon’s win was a sensation in his hometown because, if the vote tally is confirmed and his party survives a legal challenge, he will become Thailand’s first-ever ethnic Hmong MP. “I hope to protect the rights of all ethnic people,” Nattaphon said. “The first priority is to amend laws that restrict their rights. The party wants to find a way to let ethnic people continue living in state forests legally while at the same protecting nature in a sustainable way.

Parinya Chuayket Kirirat, well regarded internationally for his successes in athletic competitions for the physically challenged, backs Future Forward policies on equality, human dignity and diversity. Twenty-third among its party-list champions, the silver medallist in the Asian Paralympics is set to become Thailand’s first disabled MP.

“I hope I can help raise disabled people’s rights to meet universal standards,” the 43-year-old champion said. “And I want to support sportsmen with disabilities over the long term, including with financing, education and other forms of welfare.” Thanikan said she intended to use her management skills to bridge the gap between younger and older members of Parliament.

“As a newcomer I’ll learn from the experienced politicians, and in turn I’ll introduce new technology to modernise politics,” the 38-year-old elected in Bangsue district told The Nation Weekend.

“Technology will play a crucial role in driving the nation forward, so we need to utilise it to connect Thailand to the new global paradigm.

“I’m also interested in women’s issues and hope to drive party policy on that, especially women’s safety. Starting in Bangkok, we should have CCTV everywhere and light up the city for better security. And I want to create a mobile app with which women can check to see if specific locations are safe.”

“I want to propose a ‘One District, One Park’ scheme so the capital can breathe better and I’ll support every effort to introduce electric public buses.” She aims to reduce waste by giving every district its own recycling facility, offering cash rebates for cutting back on trash.