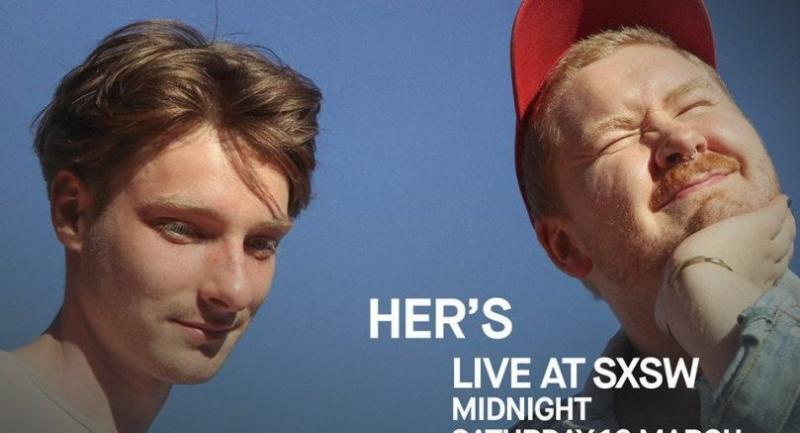 Los Angeles - The driver who killed British-based pop duo Her's in a head-on crash was traveling the wrong way on an interstate highway, US police said in a statement received Saturday.

Arizona's Department of Public Safety confirmed the deaths of Stephen Fitzpatrick, 24, and Audun Laading, 25, as well as the only other person in their van, Trevor Engelbrektson, 37, of Minneapolis. He was their tour manager and driver.

Officers were already responding at about 1:00 am on Wednesday after "a wrong-way driver was reported eastbound in the westbound lanes" of Interstate 10, west of Phoenix, the state troopers said in a statement sent to AFP.

A short time later, a Nissan pickup collided head-on with the passenger van in the westbound interstate, the troopers said. "Both vehicles were engulfed in flames," their statement said.

"There was no roadway evidence to indicate braking by either vehicle prior to impact. An alcoholic beverage container was located in the debris field."

Her's label Heist or Hit earlier said the band was travelling to Santa Ana, California, for the final gig of its US tour when the crash occurred.

The indie duo had played in Phoenix the previous night, as part of their second American tour to promote their debut album "Invitation to Her's".

Fitzpatrick, from northwest England, and Laading, from Norway, met while studying at university in Liverpool.

Their label called them "one of the UK's most loved up and coming bands."

On Monday the duo had posted a poignant final Facebook message: "It's almost home time for the lads, US tour has gone swimmingly so far. Got a hot sunset date with the Grand Canyon tonight."