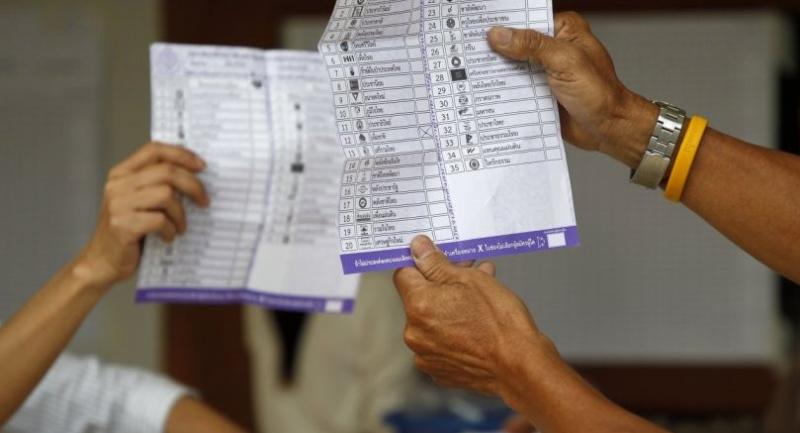 A coup leader triumphs as civilian prime minister, an alliance of parties unite to stop him, or a parliamentary deadlock forces another political crisis -- the outcome of Thailand's disputed election remains undecided a week after the poll.

So what next? Here are the possible scenarios for how the election could play out.

- Will the junta chief be prime minister? -

The junta-backed Phalang Pracharat party has stunned its rivals by clinching the popular vote.

There are also 250 military-appointed senators in the upper house who can vote for the prime minister.

That means Phalang Pracharat only needs 126 seats of support in the lower house, while its political foes need to collect a gargantuan 376.

They currently have 97 seats and are expected to pick up more through coalitions and additional "party list" seats yet to be released.

The remaining 150 party list seats will be calculated using the popular vote of each party.

Phalang Pracharat's claim on the popular vote majority -- 8.4 million according to the Election Commission -- will work greatly in its favour.

But delays and bungled ballots have tainted the integrity of the poll in the eyes of voters.

"People still believe that this election is rigged."

- Can the 'democracy' camp triumph? -

It's an uphill battle, but they are already fighting it.

Seven parties have teamed up to form a "democratic front" coalition, claiming a majority in the lower house with 255 seats and the right to form a government.

They are led by Pheu Thai, the party linked to self-exiled former premier Thaksin Shinawatra whose affiliated parties have won every election since 2001.

Pheu Thai's most prominent ally is the anti-military Future Forward, whose telegenic billionaire leader Thanathorn Juangroongruangkit has attracted millennial voters and is now the third largest party by popular vote in Thai politics.

But the claim to a lower house majority could be premature.

Final ratified results are not expected until May 9 and a pivotal medium-sized party -- Bhumjaithai -- are staying mum on their allegiances so far.

The Bhumjaithai party's super-rich leader Anutin Charnvirakul has described himself as the "matchmaker", and could be offered the prime minister's post in a grand bargain.

He said in a recent Facebook post his party has "not yet decided on its political direction".

- What about a deadlock in parliament? -

In this setup, Prayut is prime minister but the lower house is controlled by parties opposing him.

Pheu Thai's opposition bloc could control the speaker's chair and pass no confidence motions, resulting in a standoff.

"The irony is that this would be a repeat of exactly the kind of paralysis that the junta came to power to prevent," said Aaron Connelly, Singapore-based research fellow at the International Institute for Strategic Studies.

This is why the Bhumjaithai party will think carefully about accepting any deal, to avoid presiding over a country in crisis.

"When these politicians think, they do not think of just one shot -- they are going to think in terms of a movie, or a series," said Napisa Waitoolkiat, political scientist at Naresuan University.