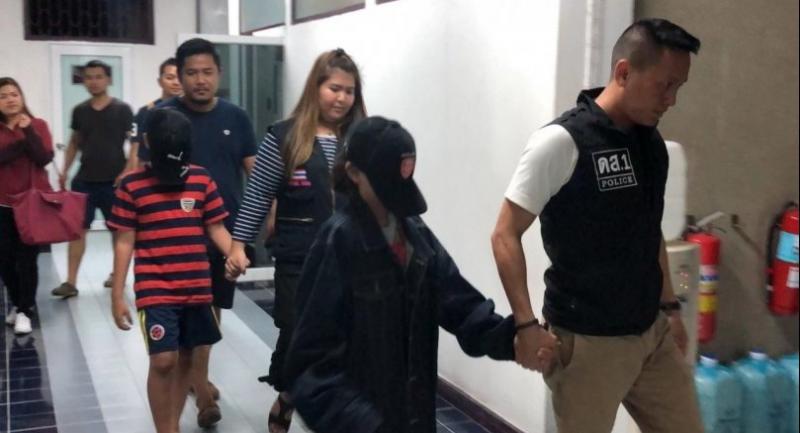 Police on Sunday sent two Thai-Swiss siblings aged 11 and 12, who had run away from their Bangkok home since March 29, to the care of the Social Development and Human Security Ministry.

The two had fled their home after allegedly being scolded and beaten by their 37-year-old Thai mother and had lost their way after walking 20 kilometres trying to locate their father's residence. The brother and sister told police that they did not want to return to their mother. They were asked to seek police help on Saturday by Ronnasit Proeksayajiva, founder of the Ronnasit Foundation for Children and Women Falling Victims of Human Trafficking and Violence.

The children claimed that their mother had scolded and beaten them, prompting them to search for their father’s home in Soi Ramkhamhaeng 160 in the hope of staying with him instead, said Pol Colonel Jirakit Jarunapat, a superintendent with the Metropolitan Police Bureau’s Children and Women Protection Sub-Division.

Police found that their father was out of the country so he would be contacted. Later on Sunday, police was told that the father would apply with the ministry to collect the children on April 8.

In keeping with child protection procedure, they were handed over to the care of the Social Development and Human Security Ministry’s care pending investigation. The ministry would continue to take care of the two children until a parent who gets legal custody of the children takes them away, Jirakit said. The mother showed up later at 8.40pm on Saturday and told police that she had never assaulted or threatened the two children.